Valerie Kasanita Adams, multi world and Olympic shot put champion, has remarked she would never resort to doping. The three time World Indoor champion said she believes in her own ability and capable to winning without using performance enhancing drugs. Adams said she thinks that's a choice you make even when the going gets tough and it is mind over matter. 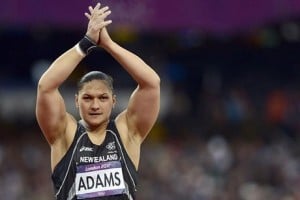 Valerie Adams, the two-time Olympic and Commonwealth champion, is the first woman to win four consecutive individual titles at the world track and field championships won Olympic gold medals at Beijing 2008 and London 2012. Adams also won four outdoor and three indoor world titles at the last two Commonwealth Games in Melbourne and New Delhi. The 29-year-old from Roturua said she has managed to be clean as she wants to be clean. She added she there is no temptation and she feels there is no need to look for other stuff. The shot putter from New Zealand also remarked an athlete is responsible for what they ingest into their system.

Adams has been critical of doping by athletes as she received her London 2012 gold medal retrospectively after the initial winner Nadzeya Ostapchuk failed a test for anabolic androgenic steroids at the Games. Adams expressed her unhappiness with the four-year ban imposed on Ostapchuk and remarked she should have been banned for life. Drug Free Sport NZ chief executive Graeme Steel remarked the chance of Athletics New Zealand to appeal against the length of the ban had gone. Steel added we see this person as someone who set out to cheat over a long period of time and they are the sort of people you want out of sport. The Drug Free Sport NZ chief executive added it is good there is now a line in the sand and that someone who has cheated is out for a period and whether it's long enough is a moot point but at least she's effectively out of the running for Rio.

Adams' manager, Nick Cowan, had remarked Ostapchuk’s short ban came as a surprise and added it is a good start but we were naturally disappointed because we expected it to be a heavier ban given it was two positive tests over a period of years.

Valerie Adams also remarked she is focusing on the Diamond League circuit in Doha on May 9 and the Commonwealth Games in Glasgow, where the four-time World champion will be seeking a third gold and a fourth medal following silver at Manchester 2002. Valerie Adams is determined to extend her 46-meet unbeaten streak and said there is still a lot for Valerie to achieve. Valerie has not lost a competition in more than a period of three years, going back to August 22, 2010. Adams would become the first New Zealander to win three successive Olympic gold medals if she claims title win in Rio. Valerie said she is quite lucky in that she is quite strong mentally and added if you don't love what you do, it's pretty hard to be successful.

1 0
Previous ArticleFIFA World Cup Costs Will Increase, Says Medical CommitteeNext ArticleGetting the Most out of Yohimflame