Russian 800-meter runner Yuliya Stepanova has made an appeal against ban imposed on her from competing at the Rio Olympics. 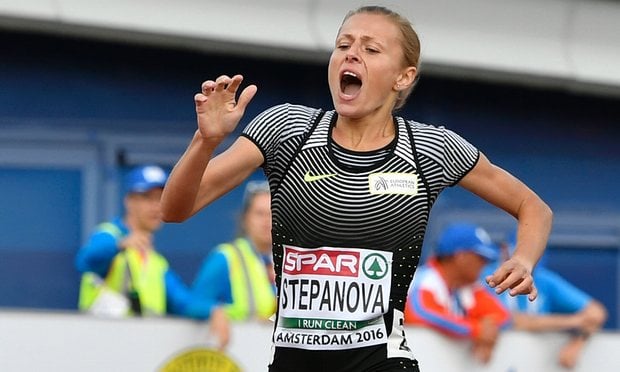 Stepanova said the IOC decision was "based on wrong and untrue statements" and added she had no choice but to comply with the Russian system. Stepanova and her husband provided evidence in 2014 to a German documentary film maker that resulted in the WADA commissioned report into the scale of doping by athletes in Russia. The testimony and public statements were recognized by the International Olympic Committee (IOC) as having made a contribution to the protection and promotion of clean athletes, fair play and the integrity and authenticity of sport, the Rules of the Olympic Charter related to the organization of the Olympic Games run counter to the recognition of the status of neutral athletes.

The 800-meter runner, who helped expose the Russian doping system, was denied a chance to compete at the games that start in Rio de Janeiro on August 5 as she had been sanctioned for doping in 2013. The World Anti-Doping Agency (WADA) and the International Association of Athletics Federations (IAAF) recommended that the doping whistleblower should be allowed to compete in the Olympics. The IOC recently remarked anyone who had been sanctioned for doping should not be able to participate and added it would be up to individual sports federations to decide which athletes were eligible for competition at the Rio games.

The Russian athlete said the IOC ruling would dissuade other, future whistleblowers from coming forward and called on the International Olympic Committee to review their decision on the basis of the information provided. Stepanova's husband, Vitaly Stepanov, spoke out against the IOC and said he got the impression from the IOC ruling that the only thing they cared about, even the person from the ethics department is protecting the IOC as an organization. Vitaly added he and his wife would not be accepting the IOC invitation to travel to Rio as spectators.

The IOC said it weighed up the input provided by Stepanova for exposing the Russian doping scandal only after she had already been caught taking drugs. In a statement, the IOC said the circumstances in which she denounced the doping practices which she had used herself do not satisfy the ethical requirements for an athlete to enter the Olympic Games. The IOC in the meanwhile said they will support her with training and help to find Yuliya Stepanova a new country to compete for in the future.

Stepanova wanted to be at Rio as a ‘neutral’ athlete. It was claimed by the IOC that they were unable to adjust the Olympic Charter to allow her to compete as a neutral.

Lord Moynihan, former chairman of the British Olympic Association, has called for the World Anti-Doping Agency (WADA) to be totally reformed and added the Russian whistleblowers, Stepanova and her husband sent WADA some 200 emails dating back to 2010 but WADA did not respond.