Double Paralympic gold medalist Mark Rohan has claimed that the Gaelic Athletic Association (GAA) is no different from professional sports as far as cheating is concerned. Rohan also commented that he strongly believes there are dopers in the amateur organization. 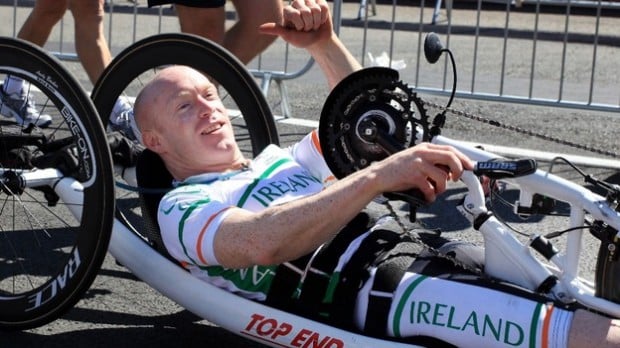 The comments of Mark Rohan came in the wake of the GAA's first doping scandal when it was reported by the Sunday Independent that a footballer from the Monaghan Club tested positive for anabolic steroids in February.

The 33-year-old said he was not surprised to hear about the doping revelations. Rohan added it is something he has been expecting for quite some time. Rohan commented that he strongly believe there are dopers in the GAA and also remarked the GAA is no different to any professional sport and is not exempt from cheats. The double Paralympic gold medalist also said you see big companies investing in county sponsorship and that puts added pressure on players and added a lot of the top counties have access to absolutely everything and the best of facilities and personnel but sometimes sports science only goes so far and the temptation for further gains is there.

Rohan, who was a promising U21 Gaelic footballer in his native Westmeath before a road accident in 2001 left him paralyzed from the waist down, said he believes the subject of doping is taboo in the Gaelic Athletic Association but he cannot deny its presence. The hand-cycling champion said he is left staggered by the visible physical gains made in the last few years and added when a team is dominating for that long playing at a crazy intensity there’s something up. Rohan went on to remark that he had watched GAA players at close quarters and they are phenomenal athletes and said when you see it up close, they’re on a different planet completely and there is doping in the GAA and that is for sure. He further said you can’t last that long at the top of a highly competitive sport.

Rohan however expressed faith in the anti-doping system of GAA, which has been drug-testing senior inter-county players and last year conducted 89 drug tests. Rohan said one thing he would say is the Irish Sports Council does run one of the most comprehensive drug testing programs in the world. The Sky Sports Living for Sport program ambassador remarked if an athlete sees a chance to close the gap with little risk of getting caught they will take the chance and added the bigger the rewards, the bigger the risk the athlete will take.

In another development, Tipperary captain Brendan Maher has insisted that he has never suspected an opponent of taking performance enhancing substances. Maher also remarked that he believes the failure rate of tests is ample evidence that no such culture exists in Gaelic games. The Boris-Ileigh clubman also remarked that you we just have to be conscious of what we can take and can't take and added you don't want any cheating going on in the sport either, it is so extreme, you would nearly be conscious of taking a lemsip the way things have gone.