Yet another domestic underground domestic lab has been busted as the Trump administration and Attorney General Sessions continues to crack down on organized steroids, SARMS, and pot (marijuana) sales. Years of the federal government looking the other way are now over as Philadelphia Police Officer George Sambuca who had partners shipping out of Henderson, Las Vegas was arrested last week. 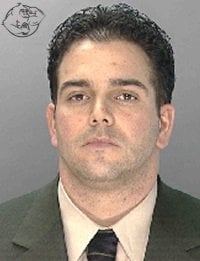 Dynasty Labs was an underground domestic source which operated out of Maryland. They have been operating since at least 2011 according to steroid forum postings and were known as being very inexpensive but also inconsistent with mixed reviews. Sites like Meso-rx (now thinksteroids), Steroidology, and MuscleChemistry were pushing them as a reliable source. Rumors are that Millard Baker, the owner of thinksteroids.com, was involved with pushing this operation in the USA. He is now in Europe, Spain or France, hiding out; though, this is not confirmed, these are rumors from his inner circle of moderators and administrators on thinksteroids.com forums.

Now all members of those sites who used them could be open to investigation if they ordered enough to be not considered personal use (anything more than 1 bottle!). Furthermore, even if you do an order for personal use, if you have any sort of record, we have seen that the feds will still come after you. I was able to pull up a website selling Dynasty Labs gear futurebodytech On the site, they would mislabel steroids calling them other names like Decaline or Ethaline to mislead buyers or processing companies. The site is likely now in the hands of the feds. 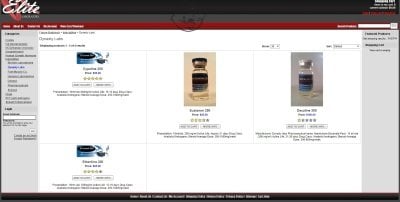 Sambuca would ship the drugs out of his Nevada home and would use aliases Jack Yates and Steven Thompson to collect money from customers. He did most of his business during late 2016 and 2017. He grew his UGL (underground labs) thanks to his website, and engaged in targeted marketing on websites that do not bother to vet sources (non approved).

His charges are misleading customers by shipping them mislabeled steroids. In the indictment, they said he was actually shipping testosterone, winstrol, anavar, and deca durabolin which are schedule III controlled substances.

Under federal law, "drugs must be labeled with the name and location of the business where they were manufactured, as well as the quantity of each active and inactive ingredient."

George Sambuca, who is only 32 years old, could be facing up to 26 years in prison if convicted. Customers who purchased from him could also be open to facing jail time. It is recommended you always buy from approved sources who are non domestic (outside the USA), who know how to ship product safely and get it to you.

Join the Evolutionary.org forums and have your say on Dynasty Labs bust!