Malaysian Badminton Star Lee Chong Wei, who was ranked first worldwide for 199 consecutive weeks from 21 August 2008 to 14 June 2012, has received an eight-month sanction for an anti-doping regulation violation. 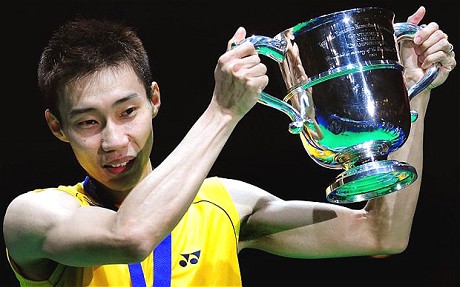 Lee, twice an Olympic silver medalist, was earlier facing a ban of two years that would have brought an end to his career but the Badminton World Federation opted for a softer sentence. The reduced suspension means Lee Chong Wei can represent Malaysia at the upcoming SEA Games in Singapore in June and even fulfill his dream of winning gold at the Rio Olympics next year.

The suspension, imposed by the Badminton World Federation (BWF), has resulted from an Adverse Analytical Finding of a sample taken from Lee taken at the BWF World Championships last 30 August in Denmark. This sample contained Dexamethasone, a Specified Substance prohibited "in competition”. It was found that source of it was a contaminated casing(s) of a gelatin capsule(s) containing a food supplement that the Malaysian Chinese professional badminton player had been taking.

Appearing before the BWF Doping Hearing Panel on 11 April, Lee admitted that Dexamethasone was present in his sample. The badminton player also accepted that he had consequently committed an anti-doping violation under regulation 2.1 of the BWF Anti-Doping Regulations (2009). Lee said he did so inadvertently and therefore either no sanction should take place according to Clause 10.5.1 or at least that any sanction should be reduced according to Clause 10.4.

The BWF Doping Hearing Panel remarked it is convinced this is not a case of doping with intent to cheat but also added that Lee Chong Wei had been “negligent” but the degree of negligence being “rather light” as “he did not realize he had ingested a Specified Substance (Dexamethasone)”. The Panel backdated the period of ineligibility to the date of sample collection to end sanction on Lee on 30 April, 2015, and making Lee eligible to resume his badminton career on Friday 1 May, 2015.

The runner-up result of Lee in the Men’s Singles competition of last year’s BWF World Championships has been disqualified but results obtained between 30 August, 2014, and 2 October, 2014 (the date Lee was notified of his positive test), will stand. Lee, the former world No.1 in Men’s Singles, received provisional suspension last November and was barred temporarily from participating in any competition.

A 12-page Badminton World Federation report (BWF) said from an athlete in such a prominent position the demands of caution to avoid negligence are expected to be very high. Even though he has been cautious, Lee Chong Wei has not met the required level. The statement also reads Lee exposed himself for a completely unnecessary risk of consuming illegal substance for many years.

The 32-year-old Malaysian, the winner of 55 titles around the world, was nominated last week for Malaysia's 2014 Sportsman of the Year award. Lee, the most successful Malaysian Olympian in history, was a silver medalist in both the 2008 and 2012 Olympic Games that earned him the title Dato', and a description by Malaysian Prime Minister Najib Tun Razak.