Sebastian Coe is under intense pressure after an email was leaked showing his closest aide had information about many Russian doping cases in 2013. 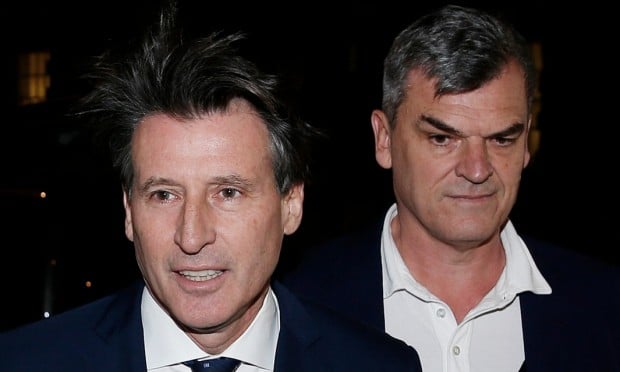 Nick Davies, the trusted aide of International Association of Athletics Federations President Coe, stepped down from his role as deputy general secretary of the IAAF, pending a review into his behavior. This was after a "very secret" email to former IAAF marketing executive Papa Massata Diack, son of the former IAAF president Lamine Diack, was leaked where Davies planned to "sit down to talk with the Anti-Doping Department and understand exactly who are the [Russian] ‘corpses’ that are still in the cupboard, in relation to doping."

This email, published by French newspaper Le Monde, suggested that the political influence of Coe and sports marketing firm Chime Sports Media (CSM) were used as an "unofficial PR campaign" to stop attacks planned by the British press towards Russia. The email contained a "very secret" five-point plan and was sent on 19 July, 22 days before the start of the 2013 World Athletics Championships. Among one of the ideas shared by Davies was a “special dossier” to show that one of the reasons why these Russian athletes come up positive is that they get tested a lot.

The suitability of Russia, at the time of the email, to host the 2013 World Championships was under scanner after a series of doping allegations. The IAAF announced sanctions against 16 Russian athletes in the four months after the event.

The leaked email is bound to cause huge embarrassment to Coe given that one of the first actions performed by him after becoming President of the world governing body of athletics was to promote Davies from press spokesman to run his office. The email is also likely to make those skeptical of his promises to change the sport further question his judgment. Davies' departure could pose big challenges for Coe, especially after Dick Pound has promised a “wow factor” when he would release his second Wada commission report into the IAAF and doping. Coe's spokeswoman, Jackie Brock-Doyle, said her client would not respond to the story. Brock-Doyle remarked what is very clear is that Sebastian will not respond to emails to which he knows nothing about.

In a statement, Davies said he stepped down due to intense media speculation surrounding the email he sent in July 2013. Davies added what has become apparent is that he has become the story and this is not helpful at the current time, with ongoing criminal investigations by the French police, the IAAF's ethics board or the World Anti-Doping Agency (WADA) - all of whom he had voluntarily offered full assistance to and will continue to do so. The former IAAF deputy general secretary denied any wrongdoing and said he had shown emails sent to Papa Massata Diack in 2013 and statements to the IAAF Ethics Board. Davies also commented that he had decided to step aside from his role with the IAAF until such time as the ethics board is able to review the matter properly and decide if he is responsible for any breach of the IAAF code of ethics.