Recombinant human erythropoietin, commonly known as EPO and embraced by a huge majority of amateur and professional cyclists, does little when it comes to improving their race performance, according to the results of a rare study published. 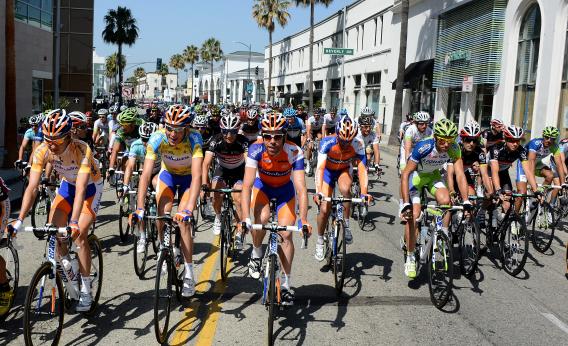 Erythropoietin has the ability to promote the production of red blood cells in the body. It is, therefore, assumed that use of this substance will stimulate improved and increased delivery of oxygen to the muscles and therefore improve performance.

A research, which was published in The Lancet Haematology journal, disclosed that EPO does improve high-intensity lab test scores but it barely has an effect on endurance and road race performances that were similar for cyclists given Erythropoietin and those given a placebo.

Researchers recruited 48 well-trained amateur male cyclists aged between 18 and 50 for this study. Half of the cyclists were given weekly EPO injections and the others received placebo injections over a period of eight weeks. The researchers remarked dosages of Erythropoietin were consistent with known practices in professional cycling.

The cyclists underwent a series of tests to evaluate different types of performance parameters. The first test involved a a high intensity ride in a laboratory involving a ramp test wherein pedaling resistance was increased after a gap of every five minutes until exhaustion. The second test, which was similar to a time trial, was a lab-based endurance test spanning 45 minutes at the highest power output. The third test was conducted 12 days after the final injections and involved a 110-km (68-mile) ride followed by a 21.5-km road race up Mont Ventoux that often features in the Tour de France. The cyclists who had EPO injections were 17 seconds slower on average compared to cyclists who got placebo and a big majority of them guessed wrongly that they got the fake shots.

Jules Heuberger, who co-led the study at the Centre for Human Drug Research in the Netherlands, remarked we found that Erythropoietin does increase performance in a laboratory setting on high intensity tests but the differences largely disappeared in endurance tests and were undetectable in a real-world cycling race. Heuberger added the findings may reduce the "temptation" or "incentive" for athletes to consider blood doping. Heuberger also commented that previous studies of EPO in sports have been flawed. Heuberger, who describes himself as "an active, fanatic cyclist", said participants in previous studies of others did not had trained athletes, or testing was limited to short bursts of strength and endurance, or knew they were getting EPO.

Dr. Don Catlin, a retired University of California, Los Angeles professor and pioneer of anti-doping tests in sports, said the researchers did a great job. Catlin added their paper will stand as a model for future research studies.

Robin Parisotto, an Australian sports scientist who helped develop a test to detect Erythropoietin, commended motives of the researchers. Parisotto also remarked scientists cannot ethically investigate high, dangerous doses with human subjects so it may be impossible to mimic real sports doping and added Erythropoietin does offer a very powerful benefit in shorter events such as 400-meter or 800-meter races.

Erythropoietin is among more than 300 substances banned by the World Anti-Doping Agency. In 2012, US professional cyclist Lance Armstrong was stripped of his seven Tour de France titles for doping. The disgraced cyclist later admitted that he made use of EPO and other banned substances.

UCI To Crack Down On Motorized Doping