The development of an Equine Biological Passport similar to what is being used by the World Anti-Doping Agency (WADA) for detecting gene doping in athletes has been announced by New South Wales racing authorities. 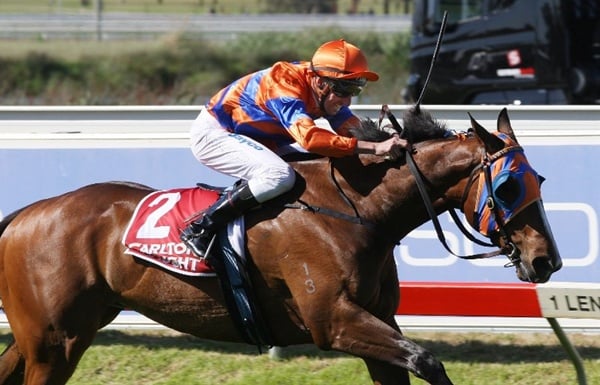 In 2009, WADA introduced the Athlete Biological Passport for monitoring selected biological variables over time that indirectly reveal the effects of doping, rather than attempting to detect the doping substance or method itself.

The principle was the same when it came to thoroughbreds, said Racing NSW chief executive Peter V'landys. V'landys added traditionally authorities have reacted to the use of prohibited substances upon becoming aware of their use and added we accordingly test for those substances in either the urine or blood sample. The Equine Biological Passport would be beneficial to enhance the integrity of ­racing by combating gene doping and other methods & techniques of illegal drug use of racehorses and t his will put us ahead, not behind, the drug cheats, V’landys said. He also remarked the biggest risk for racing and sports worldwide is gene doping and added Racing NSW is the first to look into developing a test for gene doping and we have been working on this for 18 months and we are getting close.

Gene doping in horses can have potentially shocking applications and results. An individual may alter a racehorse’s DNA gene for muscle inflammation so that it runs through the pain barriers that can eventually result in a catastrophic breakdown, putting equine and human lives at risk. DNA gene alterations may also be used for manipulating the gene for muscle growth and producing racehorses that are extremely muscular and with increased strength.

V’landys said the Equine Biological Passport represents a major futuristic initiative which keeps the racing industry ahead of the game when it comes to integrity. He also contended that gene doping is another example of cheats developing new methods that are intended to avoid traditional testing procedures. V’landys said the Equine Biological Passport will be a whole-of-organization initiative involving our scientists, stewards, investigators and veterinarians that ensure all of the available information concerning prohibited practices is reviewed in real time to uphold integrity in racing.

The Racing NSW chief executive also said the industry with the technology that we are investing in the passport can be proactive in identifying those who are engaging in doping practices, without necessarily knowing what the specific substance is, or the reliance on the urine and blood sample, after the race. V'landys also remarked that investigators, veterinarians, scientists, and stewards would all be involved in gathering and reviewing the information. He also said this is another example of thoroughbred racing staying ahead of the cheats by identifying means by which people may seek to misuse genetic technologies and developing strategies to combat those methods.

Each horse would have a biomarker that offered a fingerprint containing information about the biological system of a horse, said Dr Adam Cawley, science manager for the Australian Racing Forensic Laboratory. Dr. Cawley remarked the data generated will undergo meticulous evaluation using sophisticated computer modeling to update each individual thoroughbred's passport information while performing comparisons to previously collected data.