Retiring Essendon great Jobe Watson has remarked the "sadness" associated with the harrowing four-year sports doping saga means he would not be likely to ever be officially involved in AFL football again. 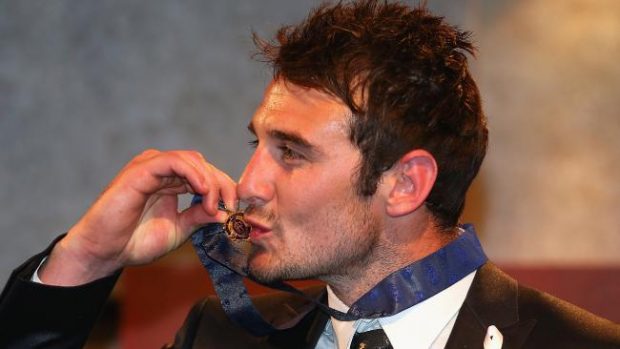 Watson, speaking ahead of the final home-and-away game against Fremantle, where victory will guarantee him a finals farewell, also commented that the game would never feel the same.

The professional Australian rules footballer playing for the Essendon Football Club in the Australian Football League said he still really love the game and he is not sure if he would ever be involved in the game again. Watson went on to remark that the doping ban of 12 months he and 33 other past and present Essendon players received from the Court of Arbitration for Sport in January 2016 challenged and changed him.

Watson and others were suspended for using Thymosin beta-4, the banned performance-enhancing substance, during the 2012 AFL season as part of the Essendon Football Club supplements saga. Watson later admitted that he believed he was given the substance AOD-9604 during the 2012 season with the assistance of the club. In a statement, the World Anti-Doping Agency (WADA) clarified that AOD-9604 fell into the "S0. Non-Approved Substances" category in their List of Prohibited Substances and Methods.

Watson, who was forced to relinquish his 2012 Brownlow Medal following the doping ban, said the most valuable commodity that you have in the game is time and when that gets taken away from you, there is a sadness attached to it. Watson added he had been determined to play for one more year and to go out on his own terms and remarked he felt it was really important to come back and leave the game on his terms, and it meant a lot to me to come back and play with the guys.

Watson said the hardest part of the entire doping saga was having his reputation questioned. The Australian rules footballer also said going through what we went through and remarked there was a stain. Watson said now some of that has stuck and most of it, he feels, has gone and added but you are also put into a category that as an athlete you never want to be associated with. Watson however added he came to learn more about himself during the tumultuous time as much as the controversy changed him.

The strong-bodied midfielder with clean hands and elite handballing ability is the son of three-time Essendon premiership champion and Seven Network commentator Tim Watson. Considered to be one of the greatest midfielders of the modern era, Jobe captained Essendon between 2010 and 2015 and was the face of the Essendon playing group during the most turbulent period of the club in the history of the VFL/AFL. In 2009, Watson enjoyed a consistent season, polling ten Brownlow Medal votes and winning the Essendon best-and-fairest award, the W. S. Crichton Medal. Watson was announced as Essendon captain in 2009, taking over from retired champion goalkicker Matthew Lloyd. The professional Australian rules footballer also won the AFLPA Best Captain Award, the Lou Richards Medal, and a place in the All-Australian team for the first time.