UCI President Brian Cookson has confirmed that the world governing body of cycling has found evidence of a motor in a bike at the Cyclo-cross World Championships. A press release was issued by the UCI following the under 23 women’s race in which it was stated that the cycling's governing body was investigating the bike of 19-year old Femke Van den Dreissche for possible “technological fraud.” 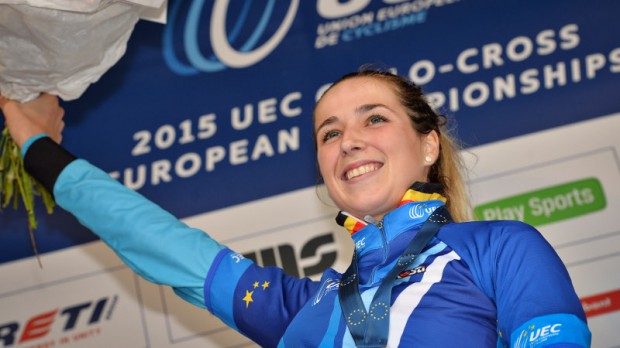 Cookson said during a press conference held ahead of Sunday’s racing program in Zolder that it is no secret that a motor was found and added we believe that it was indeed technological doping. Since 2010, motorized doping has been a topic of discussion. Cookson said the UCI, throughout the 2015 season, carried out unannounced bike checks at major road events and we will conduct similar controls throughout the 2016 season.

The UCI President added we have introduced in 2015 a set of Regulations that enables us to take action and also said we have been trialing new detection methods but people should understand why he does not want to go into details of those methods. Following the press conference, Cookson remarked technological fraud is not acceptable and added we want the minority who may consider cheating to know that. The UCI chief also said there is no place to hide and they will, sooner or later, will pay for the damage they are causing to the sport. Cookson also issued a strong message to all who considers or considering using a motor in the future by saying the UCI would catch them and will punish them because our technology to detect such fraud seems to work.

Since 2010, the regulations on technological doping were brought and a rider found guilty could face a minimum suspension of six months and a fine of anything between 20,000 and 200,000 Swiss Francs.

Belgian press reports suggested that a motor had been found inside frame of the bike of the rider from Team Kleur op Maat. The Belgian press reported the finding of a motor in the bottom bracket and electrical cables in the seat post.

The Belgian and European under 23 champion was a pre-race favorite at the inaugural under 23 women’s event that was won by Britain’s Evie Richards. Dreissche did not feature at the front and was eventually forced off her bike on the final lap when she faced mechanical issues and ended up walking with her bike. The bike was taken for inspection along with many other bikes after the race and it came to notice that something was wrong with the bike of Femke Van den Dreissche, making her the first rider ever to be discovered to be using a motor. Van den Driessche’s brother Niels incidentally is presently suspended for doping.

In an emotional interview with Sporza, Driessche said she was innocent and remarked she had been surprised by presence of the motor. The former mountain bike junior national champion said this could spell the end of her young career and said that bike belongs to a friend of mine and he trains along with us.