The head of the Humane Society of the United States has remarked federal anti-doping rules are required in horse racing for replacing usually weak and highly-variable state-based rules. 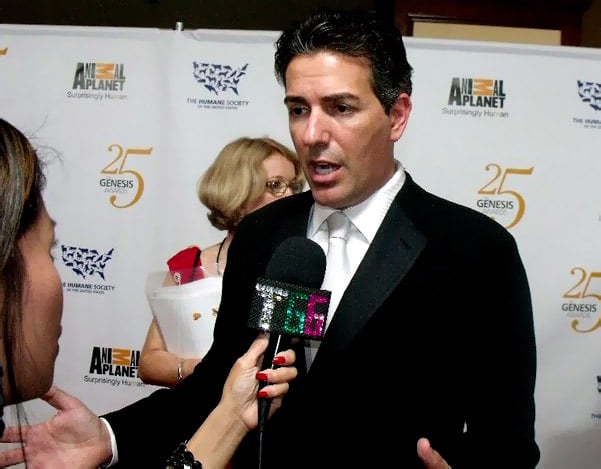 President and chief executive Wayne Pacelle also remarked there is cause of some hope that Congress could finally impose federal controls in an attempt to clamp down on use of illegal drugs in the sport. Pacelle wrote in his blog, A Humane Nation, it is our hope that the Barr-Tonko legislation, which covers just thoroughbred racing, will be amended – as the bill moves forward – to cover all horse racing. Pacelle added doping horses for racing is more dangerous today than ever because breeding practices – which select for speed and champagne-glass legs – make the horses less sturdy and more vulnerable to breakdowns than they were even 10 or 20 years ago.

Wayne Pacelle also said the industry's regulation was fragmented with each of 38 racing jurisdiction having its own set of rules. He further remarked these jurisdictions allow different medications, different penalties for violations, varying levels of permissible drugs, different laboratories to do the testing, and different rules on which horses are tested for drugs. Pacelle argued that racing was a national industry that required standards to be followed across the entire nation and said racehorse owners and trainers who are barred from racing in one jurisdiction in the absence of one single regulating body can simply shop for a more permissive venue.

The head of the US Humane Society also said the industry is also plagued with dozens of poorly run and regulated tracks having fatality rates as much as three times the national average. Pacelle also commented that doping scrambles the deck, and allows drugged horses to out-compete those horses who are running on hay, oats, and water alone and added that no other racing nation in the world allows the drug-for-all that we permit here in the United States on race day.

The Humane Society of the United States is among a coalition of horse industry and animal welfare groups that are backing legislation introduced by Congressmen Andy Barr, R-Ky., and Paul Tonko, D-N.Y. Their bill would create a single and independent organization that would establish and enforce uniform anti-doping rules for thoroughbred racing under control of the United States Anti-Doping Agency (USADA). The legislation is supported by The Jockey Club, the Breeders’ Cup, the Water, Hay, Oats Alliance, the Kentucky Thoroughbred Association, and other major racing industry organizations, horse owners, track owners, and trainers.

Pacelle also appreciated reintroduction of the Horseracing Integrity and Safety Act (H.R.2641) by Congressman Pitts and Congresswomen Anna G. Eshoo, D-Calif., and Jan Schakowsky, D-Ill. He remarked this is a good bill but cannot move without support of the industry and added it is our hope that Reps. Barr, Tonko, Pitts, Schakowsky, and Eshoo, and Sen. Udall will continue to keep the dialogue going and settle on a final bill that forward-thinking horse-industry representatives and animal welfare groups can support, so we can finally stop these terrible abuses on the track.