FIFA, the world governing body of football, has introduced biological passport ahead of the FIFA World Cup 2014 in Brazil. This step is taken to ensure that the football extravaganza is contested cleanly and elite stars of the game are not doping throughout the biggest international tournament of the sports. 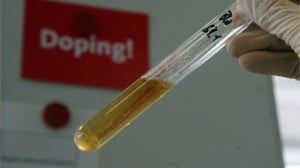 Dvorak said the first 750 samples have arrived in Lausanne from several Latin American countries in less than 33 hours. In a FIFA statement, Dvorak remarked all samples arrived in satisfactory conditions thanks to the use of special automatic cooling boxes that record the temperature during the whole transportation. According to WADA guidelines, blood samples shall be analyzed within 36 hours of sample collection. Under the anti-doping plan of FIFA, all 736 players at the World Cup will provide pre-tournament blood and urine samples.

With this announcement, FIFA has become the first international sports authority to introduce the biological passport with players being tested unannounced before the tournament. Professor Jiri Dvorak, FIFA's chief medical officer, and Martial Saugy, director of the LAD Laboratory in Lausanne, Switzerland, will oversee the doping analysis for the tournament who added that every single player will be tested before the tournament begins.

Dvorak remarked we are introducing a completely new approach with the implementation of the biological profile. FIFA's chief medical officer added we are testing all the players from every team prior to the competition in unannounced controls and the results of those analyses will be compared with samples from previous competitions and from in-competition controls during the World Cup in order to detect potential deviations that may indicate an abuse of performance enhancing drugs. Dvorak also added that we (from the experience of the controls) have carried out so far, the response from players, coaches and team managers has been very positive, demonstrating the general support of the football community to keep our sport free of doping. Saugy insisted that there are no signs from the tests in the initial stages that indicate any kind of doping from players and added the first results are still confidential and not published, but they definitively show that among those top teams, there have been no significant deviations from the norms.

Dvorak said he believes FIFA is taking the appropriate measures and remarked the Medical Committee of the world governing body of football is of the opinion that our strategy of focusing on education and prevention combined with a program of stringent in-and-out-of-competition controls pays off. He also remarked the introduction of the biological profile for the World Cup including both blood and steroid parameters shows our consequent follow-up of this strategy in the fight against doping. The chief medical officer concluded that if we look at World Anti-Doping Agency statistics we can see that football is by far the number one sport in terms of anti-doping tests – around 30,000 tests each year – and the number of positive cases compared to other sports is very low.

0 0
Previous ArticleWhat is Alpha GPC?Next ArticleHow to properly use Letrozone