Figure skater Carolina Kostner, the reigning Olympic and World bronze medalist, may be banned for four years and three months. The Olympic figure skating bronze medalist is primarily charged with assisting her former boyfriend to evade a doping control and for her lack of cooperation while being interviewed by investigators. 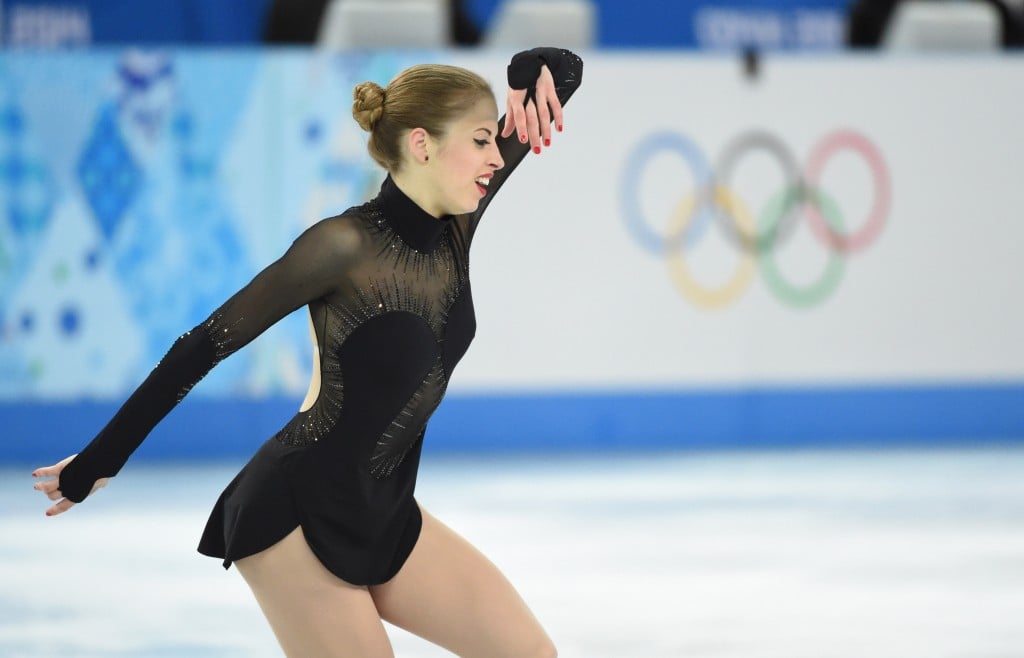 The Italian Olympic Committee’s anti-doping prosecutor is seeking a ban against Kostner in connection with aiding the doping by Alex Schwazer, her former boyfriend and Olympic race walking gold medalist. A CONI statement said CONI's anti-doping prosecutor has ordered the referral of Carolina Kostner to the second chamber of the National Anti-Doping Tribunal of CONI with the recommendation she serve a ban of four years and three months.

The case will now be decided by CONI's internal doping court. The CONI case is based on input from a prosecutor in Bolzano that is investigating the Alex Schwazer file that has allegedly uncovered widespread doping within the Italian athletics federation.

It is believed that Carolina told WADA inspectors that Alex was not at home as she wanted to respect his privacy. It is alleged that the skater said Alex had listed a different place in Italy on his whereabouts form. The WADA inspectors ultimately caught up with the race walker in Italy and Alex tested positive.

Following a hearing at CONI in September, the lawyer of Kostner said the figure skater had nothing to do with doping of Schwazer but CONI prosecutors believe Carolina helped the walker avoid a drug test. Alex Schwazer tested positive for EPO before the 2012 London Olympics and was banned for 3 1/2 years. Prosecutors believe coaches and doctors were aware of the fact that Alex Schwazer was doping long before he tested positive.

Schwazer, who won the 50-kilometer walk at the 2008 Beijing Olympics, admitted to EPO use after he tested positive. The walker also admitted to consulting with Michele Ferrari, Lance Armstrong's banned sports doctor. Carolina Kostner has admitted that she accompanied Schwazer on a visit to Ferrari's office in 2010 but maintains that she was not aware that Alex was doping. However, published reports of Kostner's testimony to Bolzano prosecutors have disclosed that Carolina allegedly admitted lying to World Anti-Doping Agency inspectors who came to her home in Germany looking for Alex Schwazer on July 29, 2012 — days before Schwazer flew to London for the Olympics.

A lenghty ban would rule Carolina out of the 2018 Olympics and could end her career. The 27-year-old Kostner was skating world champion in 2012 and she won a bronze medal in the Olympics in 2014. Carolina has decided to take this year off from competition.

The Italian Anti-Doping Agency's prosecutor has also recommended bans for three of the four members of the Italian squad that won the silver medal in the 4 x 100-meter relay at the 2010 European Athletics Championships. The CONI prosecutor has recommended a 27-month ban for Simone Collio, 24-month ban for Maurizio Checcucci, and 8-month ban for Roberto Donati. Michele Didoni, who won the world 20km title in Gothenburg in 1995, is also facing sanctions. This was after the former athlete's ex-coach refused a summons last month by CONI to give evidence on Alex Schwazer.