Michelle Payne, the first female jockey to win the Melbourne Cup, has received a suspension of four weeks after she tested positive to a banned appetite suppressant. 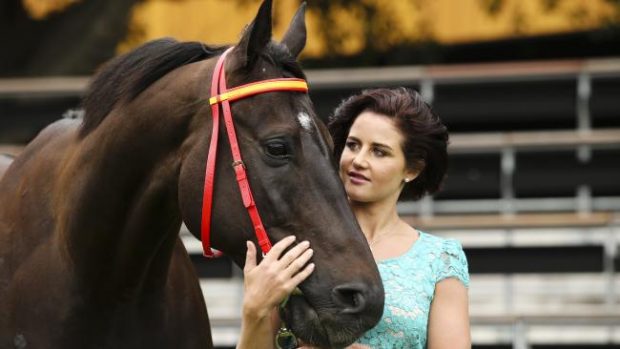 Payne pleaded guilty at a hearing to taking Phentermine that was prescribed for her as part of her treatment process after she had to undergo surgery last year following a serious racing accident. The female jockey told the inquiry that she knew Phentermine was banned on race days but said she thought it was permitted during track work. Payne remarked she was rushing to prepare horses for the Swan Hill Cup meeting in Victoria State on June 11, when the test was conducted.

Payne rode and trained two horses - Our Zariah, which came 10th in a 1,600m maiden race, and Sovereign Wealth, which came third in another maiden over 1,600m at the Swan Hill Cup meeting.

Des O'Keeffe, chairman of the Australian Jockey Association, said Phentermine was prescribed to Payne by her doctor after a career-threatening race fall in Mildura last May for which she required pancreatic surgery. O'Keeffe remarked it is based on the fact that after that split pancreas last year, which was widely reported, her GP had in good faith prescribed her this as something that would assist her. The chairman of the Australian Jockey Association also remarked it is onus of Michelle unfortunately to be aware of what she can and can't take and that should have been provided to the doctor who then may have come up with an alternative treatment that didn't breach the rule once tested. O'Keeffe said the penalty for Phentermine offences has usually sat around the give or take four weeks depending on the circumstances.

The ban imposed on Payne was backdated to June 23 when the jockey was initially stood down from racing and track work by Racing Victoria. Payne will be eligible to return to competition on July 21.

Payne, who rode 100-to-1 outsider Prince of Penzance to victory in Australia's richest race in 2015, rode and trained two horses on the nine-race program at Swan Hill and picked up a place on four-year-old mare Sovereign Wealth. The 31-year-old Australian recently made a return to Australia following a trip to Britain, where she rode Kaspersky to fifth place in the Group 1 Queen Anne Stakes at Royal Ascot.

An inquiry will be initiated by Racing Victoria, which governs thoroughbred racing in Australia's Victoria state, into the results of Payne's urine sample from the Swan Hill Cup on June 11. It was disclosed by Racing Victoria that a report from Racing Analytical Services Limited was received by stewards that confirmed the presence of Phentermine, an appetite suppressant and banned substance in accordance with Australian Rule of Racing 81B, in the sample provided.