Hackers Fancy Bears have named Ex-Premier League players Carlos Tevez, Dirk Kuyt, and Gabriel Heinze as three of the footballers who were cleared to use banned medicines at the 2010 World Cup. 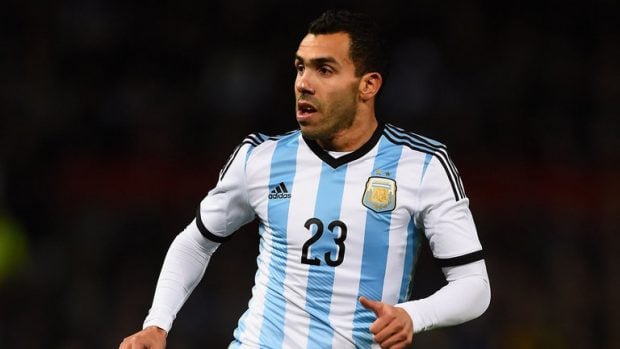 The trio was among 25 players who were given therapeutic use exemptions (TUEs) during the tournament in South Africa. The Russian hacking group, in its latest leaked documents, also claimed 160 players failed drugs tests in 2015 and went on to add that four of the failed tests were registered by UK Anti-Doping. It also revealed that three players tested positive for cocaine, and one for ecstasy.

This is the first occasion when the hackers' group has released details about TUEs in football. The latest hack includes an email from Jenni Kennedy, the Football Association's head of integrity, to the sport's world governing body FIFA.

Tevez was playing for Manchester City during the World Cup in 2010 having moved from Manchester United the previous year. Heinze, his former Argentina teammate, was playing for French club Marseille, having previously spent three seasons at Old Trafford while Kuyt was at Liverpool. There is no indication that any of these three players have committed any wrongdoing.

Kuyt, who retired in May from football, used Dexamethasone, apparently for pain relief because of tooth problems. Betamethasone - a corticosteroid with a variety of uses - was prescribed to Tevez, Heinze, and former Manchester United and Argentina midfielder Juan Sebastian Veron. The corticosteroid does not feature directly on the prohibited list of the World Anti-Doping Agency but is banned depending on the strength of the dose used. Ex-New Zealand, Blackburn and QPR defender Ryan Nelsen declared the use of Prednisone, another corticosteroid. Germany international Mario Gomez needed Salbutamol that is a common asthma medication.

In a statement, the Football Association said it was disappointed that strictly confidential information has been released into the public domain given the details in the email related to ongoing investigations. FIFA said it condemned "in the strongest terms" the release of material it said was obtained in an illegal way and added it releases full details on its website (as a matter of course) whenever doing violations are uncovered. The Football Association said the release of such information constitutes a clear violation of the athletes' privacy and puts at risk the ongoing fight against doping.

The condemnation by FIFA was echoed by Nicole Sapstead, chief executive of UK Anti-Doping, who remarked the theft of medical data is completely unacceptable and this leak does not advance the cause of the anti-doping community at all.

Last year, Fancy Bears first hacked the WADA database and then it started revealing the confidental details and information of athletes regarding therapeutic use exemptions. In its latest release, Fancy Bears suggested on its website that it will prove that officials and players are "lying" when they "unanimously affirm" that football is free of doping.

Following the leak of his medical records, British cyclist Bradley Wiggins was forced to defend himself in the face of scrutiny. Helen Glover, Mo Farah, and Justin Rose were among the British athletes who had their medical files made public.