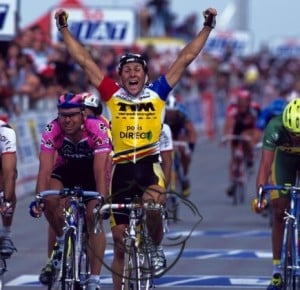 Former Dutch cyclist Jeroen Blijlevens has confessed to having used the performance enhancing drug Erythropoietin (EPO) during his career.

The name of Blijlevens emerged in a report into doping in the 1998 Tour de France. The former cyclist quit as leader of Dutch cycling team Belkin with immediate effect. The now 41-year-old cyclist was named on the list of EPO positives from re-tested 1998 Tour de France samples. Earlier this year, the Dutch cyclist signed a declaration in which he claimed to have never used doping. This declaration was part of an investigation of the three Dutch cycling teams Blanco (now Belkin), Argos-Shimano and Vacansoleil-DCM, and the Dutch cycling union KNWU.

In a statement, Belkin Pro Cycling said the team and Jeroen Blijlevens are going their separate ways with immediate effect and the reason for this decision is Jeroen Blijlevens’ admission of doping made today during a meeting with management following the publication of the French Senate’s report. Belkin, which was formerly known as Rabobank, said the team places great importance on values of transparency and trust and cannot see, given these new developments, any future for Blijlevens in the team.

Blijlevens, in an interview with the Belkin management, admitted to making the use of EPO. In a personal letter to Dutch media, Blijlevens wrote he wants to do his confession with the open letter and said the guilt admission should have been done much earlier. He added that it is difficult to admit mistakes and many people will be disappointed because of his doping admission and he respects that. Blijlevens however claimed that he rode clean in the Tour of 1995 and 1996.

Blijlevens was one of Holland's leading sprinters in the 1990s and won a total number of 74 races in his professional career. He was part of the 1998 TVM team and won the fourth stage of the Tour de France from Plouay to Cholet. The team of Blijlevens left the 1998 Tour de France after soigneur Willy Voet was caught with banned substances in his car and the French police arrested team director Cees Priem.

The now-retired road bicycle racer from the Netherlands, who was a professional rider from 1994 to 2004, said he decided to start using EPO for the first time in the 1997 Tour. Jeroen Blijlevens added that was a stupid decision but a decision that he had to make in his opinion and felt like he was at a crossroads. He also remarked that he had the choice between taking EPO and ride big races or otherwise it would have been difficult for him to even be an average professional. The cyclist also said that he made the choice to start using EPO and bought the EPO himself and banned products were never offered to him by the team.

In another development, Abraham Olano was sacked from his job as technical director at the Vuelta a España. This was after the 43-year-old Olano was found to be among several Spanish riders who tested positive for traces of EPO during the 1998 Tour. The cyclist however remarked that he was “surprised” and felt as if he had done “nothing illegal.”