Former world darts champion Richie Burnett has received a ban of 18 months after he tested positive for cocaine. 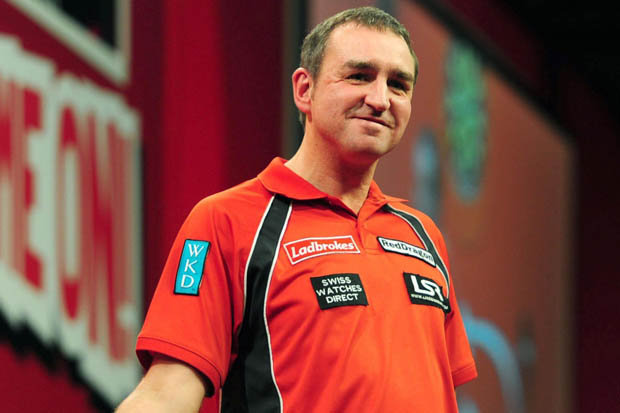 The ex-world darts champion was removed from the 2015 Professional Darts Corporation World Championship and cited personal reasons but is now learnt that he failed a drug test. Burnett's appeal against the ban was dismissed and his ban would run from 3 November 2014 to 2 May 2016. Burnett can enter the next PDC event - Qualifying School in January 2017.

The darts player was to receive a suspension of two years but his ban was reduced due to mitigating circumstances he offered to the anti-doping tribunal. Burnett cited the recent case of Hull City footballer Jake Livermore at his appeal. Livermore was not banned by the Football Association after he tested positive for cocaine following the death of his newborn child. The appeal panel ruled that there were "clear differences" with the situation of Livermore.

The Welshman apologized on social media after news of his ban was announced. Burnett said he would like to apologize to fans for his actions last year that have resulted in the ban and added those close to him are aware of the personal challenges he had faced over recent years. Burnett also remarked he would make a return to the game and thanked his sponsors for sticking with him during these very difficult times.

Burnett – nicknamed the Prince of Wales – played in Professional Darts Corporation events until November 2014. In 1994, Burnett started to win many titles in the British Darts Organization that included the Dutch Open, Welsh Open, British Matchplay, and the Denmark Open. The 48-year-old Burnett won the British Darts Organization (BDO) title in 1995. Born in Rhondda, Richie Burnett first competed in the PDC in April 1997 where he faced PDC World Champion, Phil Taylor and lost to him 4-1 in sets. He conquered the BDO World Masters in 1994 before he claimed the world title the following year. Richie Burnett has played on the Professional Darts Corporation's circuit for more than a decade.

UKAD legal director Graham Arthur remarked all athletes adhere to the principle of strict liability. Arthur added they, no matter what the circumstances, are solely responsible for any prohibited substance found in their system and also commented that this can be challenging for athletes, as the onus falls to them to prove how, and why, their sample tested positive, and to show there was no significant fault.