UFC heavyweight Frank Mir was handed a suspension of two years by the United States Anti-Doping Agency (USADA) after multiple violations of the UFC Anti-Doping Policy. 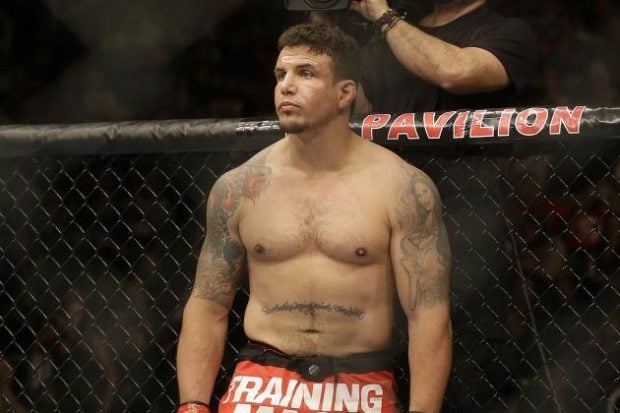 Mir tested positive for a long-term metabolite of Dehydrochloromethyltestosterone (DHCMT) during an in-competition test on March 20, the day of his heavyweight bout against Mark Hunt. Better known as Oral Turinabol, DHCMT is a banned substance. In 2011, a new test for the drug was developed that is used to catch several athletes from Eastern Europe who competed in the 2008 and 2012 Olympics.

USADA wrote significant advancements in laboratory testing methods have allowed for improved sensitivity and longer detection windows as investment and commitment to anti-doping research increases. USADA added it aims by continually utilizing the most advanced testing methods as part of a comprehensive retesting program to maximize both the deterrence and detection of doping so athletes who seek an unfair advantage are held accountable now and in the future.

The UFC fighter denied taking a banned substance. Mir speculated that his positive test could have come from the consumption of tainted kangaroo meat he ate while in Australia. Mir cited several instances where the banned substance Clenbuterol was found in meat and the steroids given to cattle as a possible source.

The former UFC Heavyweight Champion currently holds the record for most fights, victories, and submissions in UFC Heavyweight history, and is tied for 4th most UFC victories overall. Mir is the only person to win a UFC bout by toe hold and possesses the longest uninterrupted tenure of any fighter in UFC history. Frank Mir is the first man to knock out and submit Antônio Rodrigo Nogueira.

Mir has now requested for a release from the UFC so he could compete elsewhere. The fighter added he would seek to complete his current contract and fight in another promotion once his suspension is completed. The suspension of Mir retroactive to April 8, 2016 and he is cleared to fight April 8, 2018.

In a statement on Facebook, Mir said it is frustrating to now be told that USADA has changed their mind about the February 5 test, claiming that the sample they once cleared is now clouded with the same trace metabolite. Mir said it is even more frustrating to be told that the long term metabolite could date back two years, prior to the implementation of USADA standards and possibly to a time when he had a legal exemption for testosterone replacement therapy.