French doctor Bernard Sainz has been sentenced to nine months in prison for inciting amateur riders to cheat with drugs. 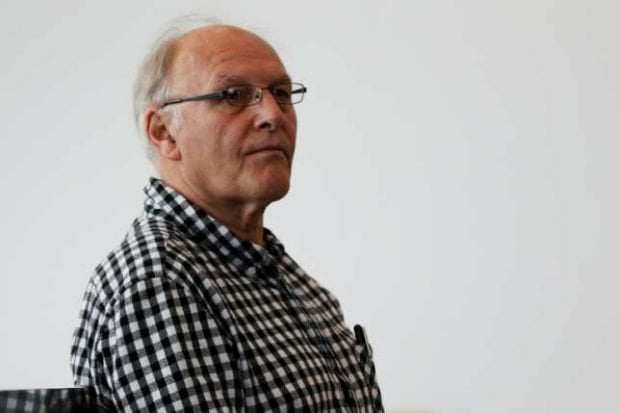 Deputy prosecutor Josephine Lecardeur said eight witnesses had implicated the former cycling medical advisor as being the kingpin in a doping network. The deputy prosecutor had asked for a prison term of six months and a fine of 20,000-euro ($22,600). The court in the northern port city of Caen opted to increase the prison term to nine months.

Sainz, who has no bank account in his name, insisted there is no concrete evidence against him but it was noted by the Judge that Sainz employed service staff, owned a country house, and enjoyed a lifestyle well beyond what a 700-euro a-month pension could afford him. Lecardeur, who claimed that 70,000 euros had been deposited in account of Sainz's former wife, said it is a very remunerative activity.

The French doctor remarked he would appeal against the sentence. Sainz added this court is a put-up job and also remarked it is as if they wanted to prevent alternative medicine therapists from having a sports clientele. Sainz has previously denied the charges and argued he was providing only homeopathic therapy. Christophe Subts, president of the court in the Normandy town of Caen remarked either you have done nothing or you are very clever.

In 2014, Sainz known as 'Dr Mabuse' after the 1922 film that depicted a fake doctor was sentenced to a prison term of two years, with 20 months suspended, for inciting doping and illegally working as a doctor. He was found guilty of offences including the possession of corticosteroids and Testosterone.

Sainz was initially convicted on charges of incitement to doping and illegally practicing medicine during and after the 1998 Festina affair at the Tour de France. Police then had found a stash of performance enhancing drugs in a team car that threw the sport of cycling into turmoil. Sainz was also fined 3,000 euros for horse doping in 2013.

Sainz has been linked to eminent names in the past, including seven-time polka dot jersey winner Richard Virenque, Tour de France winners Bernard Hinault, and the late Laurent Fignon. Since 1972, Sainz has been involved with professional cycling when he started working with the Mercier team and Raymond Poulidour. The former cycling medical advisor was often wrongly reported in the press to be a qualified doctor rather than a homeopathic practitioner.

The medicine practitioner who achieved great success in horse racing and cycling first consulted a homeopathic doctor in 1956 after persistent sinusitis and then studied for three years at the homeopathic school of St Jacques in Paris and at the national homeopathy centre. In the past, Sainz has remarked that his qualifications in homeopathy and acupuncture are not recognized in France. Erwann Menthéour, another former rider, was once all praise for him and remarked Sainz looks after riders by love and horses by interest and had then remarked that everybody recognizes his massive but discreet silhouette beside finish lines.