The UFC announced on Wednesday American mixed martial artist George Sullivan who is currently competing in the Welterweight division of the Ultimate Fighting Championship has been flagged by the United States Anti-Doping Agency for a potential anti-doping violation. 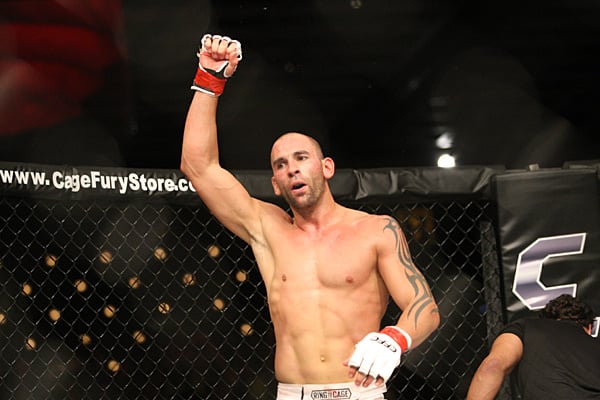 The UFC release said the declared use by Sullivan can be taken into consideration during his results management and adjudication process. The American mixed martial artist expressed shock at the situation and remarked he USADA about a "natural supplement" he was taking, one that had been on previous lists he submitted.

According to the USADA website, the 35-year-old has been tested four times this year and has not failed a drug test.

Sullivan is facing a suspension after the USADA adjudication process after he declared use of a prohibited substance. Last month, Sullivan was pulled out by the UFC because of a potential compliance issue with its anti-doping policy and the decision to remove him from a fight with Hector Urbina was "out of an abundance of caution."

In a statement, the United States Anti-Doping Agency said USADA, given that the athlete has publicly addressed this matter, can confirm that it has initiated an investigation following Sullivan's declaration of a high risk "dietary supplement" during an out-of-competition sample collection on July 13, 2016. The statement further reads that Sullivan at no time prior to last week made this declaration during a USADA sample collection and added USADA as of now has not concluded that a policy violation was committed and Sullivan has not been notified of a potential anti-doping policy violation. It was however added USADA will continue to thoroughly investigate the matter given Sullivan's declaration and the strong possibility that the product he declared contains a prohibited substance.

In 2006, George Sullivan made his professional debut competing in regional promotions in his native New Jersey and went on to win the Cage Fury Fighting Championships Welterweight Championship. Sullivan signed in the winter of 2013 with the UFC and made his promotional debut against fellow newcomer Mike Rhodes on January 25, 2014 at UFC on Fox 10 where he won the fight via unanimous decision. Sullivan faced Igor Araújo on September 13, 2014 at UFC Fight Night 51 in his next fight and won the bout via knockout in the second round after winning the first round.

In another development, Jon Jones and Brock Lesnar are facing a maximum one-year suspension for their recent failed drug tests and not the usual ban of two years. This is because the pair tested positive for Hydroxy-clomiphene, an anti-estrogenic agent and Letrozole metabolite, an aromatase inhibitor, which was only found in the system of Jones and are considered "specified substances" under the World Anti-Doping Agency Code.