Gregg Valentino is one of the most polarizing people in the fitness industry due to his personality, and his 'gives no fucks attitude' towards things. At one point, he was quite possibly the least liked fitness personality, but, as he got older, he has rebounded his image.

Valentino was, at one point, known as the man with the largest biceps in the world, appearing on Ripley's Believe It or Not, and claiming numbers of 27 to 28 inches. He has written 2 books, and has been part of two of the largest fitness magazines including MuscleSport Mag. In addition, he's been featured in movies and in many more books and magazines. He also has made TV appearances on two dozen popular TV shows on: CNN, ESPN, and Comedy Central. 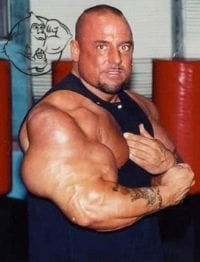 Valentino was born in August of 1960. He is of Italian descent, but he grew up in Bronx, NY. He currently resides in New York. Valentino is listed as being 5'6" tall, however, in interviews, he has said he is actually slightly shorter than that. Even at such a small height, he has been as big as 265 pounds at his peak (in a youtube video even claiming 275 pounds) with arms of 28 inches!

Valentino started lifting weights in his early teens and says he worked out in the same gym as Arnold Schwarzenegger would visit. He mentioned in a Tyra Banks interview that he grew up being very good at sports like football and baseball, but due to his short height he would be frustrated at the taller kids who had an advantage. This is why he got so into weight training where he could focus on growing wider, and where having a shorter height could be seen as advantageous. This led to him getting more attention and feeling better about himself. Nonetheless, he said he was never satisfied with how big he would get, and that he is still insecure about himself to this day. For readers, a note: Insecurity and size-conflict is a common psychological issue with bodybuilding.

Valentino began selling large amounts of steroids in his 30's and at 40 years old; as a result, he was arrested and sent to prison for a year. 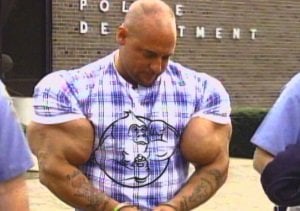 This famous picture made its way throughout the news media, which exposed Valentino as someone who was bragging about his steroid use, bragging about selling steroids, and bragging that he was dating a prostitute. Many responsible steroid users felt that the 'larger than life' Valentino further gave steroids and bodybuilding a bad image due to his lack of humility.

While being taken to his trial, he was put in a holding cell with just 1 toilet with a bunch of inmates. After eating several bologna sandwiches, Valentino's stomach began to bother him, and he didn't want to go into court without relieving himself. He was forced to take a dump in front of everyone in the cell, so he apologized and took a crap right there. Unfortunately, there was no toilet paper available, so he asked another inmate for a sandwich and he used that to wipe himself. The wheat bread ended up causing his anus to itch for the rest of the day. 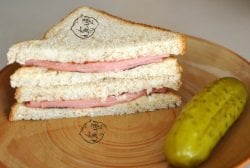 Valentino has been accused of using Synthol for years but has angrily denied it. A TLC article said that he was re-using needles and got an infection in his left biceps. He attempted to drain the hematoma on his own, but he ended up making it worse and had to seek medical attention. Valentino later said the news story was fake, and his arm was injured due to being hit by a baseball bat, which turned it into a balloon due to the blood. Valentino's story was featured in a video called  "The Man Whose Arms Exploded"

He has also said that he helped make his arms bigger by injecting steroids into the muscle to stretch out the fascia. Valentino made a video attacking other YouTubers for cheapening his 'hard work' for accusing him of Synthol.

Valentino does not use social media like facebook or twitter very often. He does, however, make videos on youtube on his own channel here, which features entertaining stories, interviews, and talking about all things fitness related. He has also made videos for MuscleSport magazine and has done numerous interviews for other channels.

Bigger, Faster, Stronger was perhaps the most critically acclaimed steroid related documentary ever made. It was written and directed by Chris Bell, and took a look at the American culture of winning, and the brutal truth that steroids were a necessary part of achieving fitness goals. One of the people Bell talked to in the documentary was Valentino, and you can watch a clip of the interview here:

Valentino said he took steroids because he had 'small man's syndrome' and enjoyed getting attention from men as much as women when he was so big. His famous quote "I think that steroids are as American as apple pie" has garnered him plenty of good and bad publicity. He also made the point that there is a big difference between a kid who has hair on his dick for a month using them, versus a grown man who wants to kick ass in a sport. 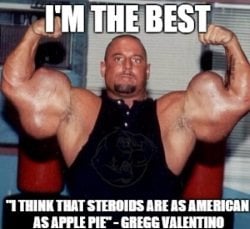 Valentino recently was fired from MuscleSport Magazine after getting into a physical altercation with publisher Joe Pietaro. Valentino broke the news in a video, and followed that up with an interview claiming he was only paid $200 for a dozen videos and a couple articles and did so much work for free.

Pietaro seemed to not want to get into specifics, but says he has no ill feelings towards Valentino in a video here which received a lot of negative reaction from fans of Valentino.

As of the day of this article, Valentino announced that he will be now be working with a new person who isn't particularly well liked in the industry. There is some speculation that it may be Shawn Ray, however, no announcement has been made yet as of this publication.

Valentino has been very open about steroids and has said “I was juiced out of my mind and loved it”. He is , however, very much against steroid use for teenagers and those in their early 20's, and has said he competed naturally for 23 years before he ever touched 'juice'.

He has mentioned in several of his videos that Equipoise (EQ), Trenbolone, and testosterone were his favorite steroids, and he would say he would inject EQ directly into his muscles to stretch out his fascia. He says he didn't like deca durabolin and he was a testosterone junkie, but he liked short acting testosterone because 'it hits you faster'. In addition, he would take many grams of testosterone (1000s of milligrams mgs) and says in his videos that he loved androgens. We can speculate that his steroid cycle looked like. *

Do you love or hate Gregg Valentino? tell us what you think about him on our forums...

*DISCLAIMER: The cycle above is our opinion on what Gregg Valentino could have used, this is for information and entertainment purposes only.