British heptathlete Jessica Ennis-Hill has expressed shock on how widespread doping apparently was in Russia after the publication of the report by Richard McLaren in July. 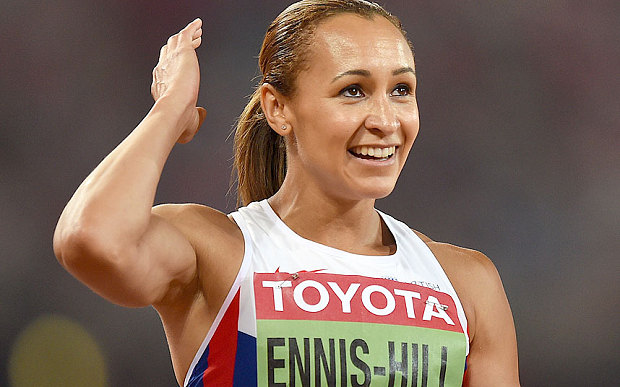 The 30-year-old Ennis-Hill remarked she thinks it has truly shocked so many people with what has happened over the last year and the whole Russia situation. Ennis-Hill also commented that she thinks a lot of athletes were aware that something wasn't quite right but we didn't realize it was on this scale. The British heptathlete also said it is just really frustrating for clean athletes to know that some people aren't doing it properly for the athletes that train so hard, train day in and day out and come to compete as clean athletes. She also said more people feel now like voicing their opinion that is really good for the sport and hopefully we can start making progress to clear up the whole sport in its entirety.

The Olympic champion also said she would not be distracted by the suspicions surrounding some of her competitors when she takes to the blocks for the 100m. Jessica Ennis-Hill said you have got to focus on yourself and your performances and just know what you can do to get out of your event and added we need to put trust in the federations and make sure that they make a change and clean our sport up. Ennis-Hill also said she has been in athletics for so long and it is a great sport and commented there are some amazing performances, inspiring in so many ways and for her and she wants the world to see how amazing our athletics and there is nothing better than the Olympics.

Tatyana Chernova pipped Ennis Hill to gold at the 2011 World Championships in Daegu but a sample provided by the Russian athlete back in 2009 was then retested and the 2008 Olympic bronze medalist was eventually given a retrospective ban of two years from the sport. Ennis-Hill said it was bad for her to be denied a World Championship gold medal and that was going into a big year for me as well with the Olympics. Ennis Hill further said she knows so many athletes that have worked hard, had injuries and setbacks and missed out on medals through people cheating so it's very hard for me to make that comment.

Alexander Zhukov, president of the Russian Olympics Committee, has claimed before the Olympic Games began that no team has been drug tested as much as Russia. Zhukov had commented that each and every sportsperson was checked and tested, and the international federations checked them and they concluded and made the decision that there were negative and a huge amount of negative test results that indicates that the huge amount of sportsmen are completely clean.

The world governing body of athletics suspended the entire Russian track and field team from the Rio Olympics except one. Ahead of the start of the Olympic Games, 118 competitors of the 389-strong Russian team were banned because of a long-running doping scandal that has overshadowed Rio 2016.