A prominent Central Pennsylvania thoroughbred trainer has been indicted on charges that she conspired with veterinarians to provide banned substances to horses before races. 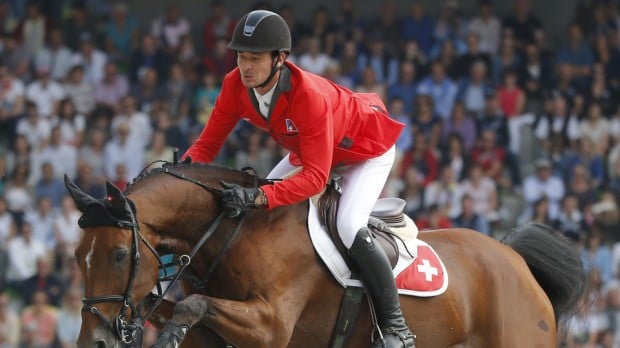 The 49-year-old Murray Rojas is charged with wire fraud and conspiracy. According to federal prosecutors, Rojas managed to collect $52,360 in victories from 11 races in which the banned substances were allegedly used. The races under questions were held in early 2013 at Grantville’s Penn National Race Course where the thoroughbred trainer is based. In 2013, Rojas posted a winning percentage of 11.7 and had 45.4 percent of her horses finish in the top 3 as per Equibase.

Prosecutors claimed Rojas conspired with an unnamed veterinarian who is yet to be indicted. In April, four veterinarians pleaded guilty to allegations they conspired to drug race horses illegally at Penn National. According to prosecutors, Dr. Kevin Brophy, 60, of Florida; Dr. Fernando Motta, 44, of Lancaster; Dr. Christopher Korte, 43, of Pueblo, Colorado; and Dr. Renee Nodine, 52, of Annville conspired with trainers and used to drug horses to improve their performances in races for 28 years and the first instance was way back in 1986 and things continued till August 2014.

An association representing Pennsylvania National horse trainers remarked they are subject to one of the most rigorous testing system through the Pennsylvania Equine Toxicology and Research Lab of the University of Pennsylvania and pass 99.5 percent of all tests. It was remarked by the Pennsylvania Horsemen’s Benevolent and Protective Association that it has been a pioneer in executing third-party administration of treatments during race days and banning veterinarians from treatment stalls.

In a statement, the Pennsylvania Horsemen’s Benevolent and Protective Association said Pennsylvania’s horse racing industry has worked hard to create 23,000 jobs and invest $4 billion annually into the state economy.  It added despite the news, it is important to note that our trainers participate in one of the most rigorous drug testing systems in place through the University of Pennsylvania’s Pennsylvania Equine Toxicology and Research Lab (PETRL) – and pass 99.5 percent of all tests. The statement also said that fair and legal competition is our highest priority and we were one of the first organizations of horse trainers in the country to voluntarily implement third-party administration of race day treatments, banning private veterinarians from treatment stalls – now considered a national standard.

In February, trainer David Wells of Grantville was sentenced to six months in prison for rigging races at Penn National. In November, Danny Robertson, a former clocker for the race course, was sentenced to one year of probation after he pleaded guilty to offering false times to racing officials and the public in exchange for cash from trainers.

In another development, the New Mexico Racing Commission’s website revealed that horse trainer Salvador Soto faces a suspension of one year and $6,000 in fines after two of his horses tested positive for drugs at Sunland Park Racetrack and Casino.