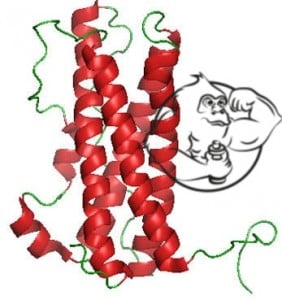 If you were able to run a 12 week cycle of testosterone without having to worry about the minimizing effects of your natural testosterone. Wouldn't you want to know more and what I am possibly talking about?

Many studies have shown that there is something that can be done in order for you to keep producing natural testosterone on cycle and that my friends is simply by suppressing Prolactin.

Prolactin is a hormone that when increased in the human body will decrease the normal levels of sex hormones, estrogen in women and testosterone in men.

As mentioned before some studies have confirmed the suppression of prolactin will lead to you tricking your HPTA (hypothalamic pituitary testicular axis) into believing that it is not on cycle. When prolactin was reduced in the body, the HPTA was able to remain unaffected by testosterone treatments. The results can reflect that the mid-range levels of prolactin reduce the sensitivity of the HPTA system.

It was also highlighted in studies that having higher prolactin levels while on cycle will result in an increased HPTA (hypothalamic pituitary testicular axis) responsiveness, meaning a fast shutdown of the HPTA. With high levels of prolactin in the system it will lead to sensitize the HPTA negatively in regards to gonadal steroids.

As you can see this is all starting to make perfect sense, as Trenbolone, Deca Durabolin (nandrolone deconate) are easily the most suppressive of the anabolic steroid family. And the thing that makes these steroids so suppressive is there ability to bind to the progesterone receptor, significantly increasing prolactin. This is the main reason the HPTA (hypothalamic pituitary testicular axis) shuts down and halts the production of natural testosterone in the body. For example a single injection of 100mg of Deca Durabolin caused a total 100% reduction of natural testosterone production, and it took a full month before the return of natural testosterone in the body levels out. 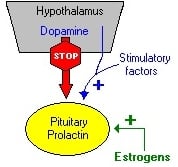 With my experiences in taking CABERGOLINE (Dostinex) (suppressor of prolactin) I can happily confirm that this product is the REAL DEAL. Cabergoline drove my libido through the roof and I felt like my sex drive was that of a 18 year old. I also noticed that I was experiencing very powerful orgasms and my recovery time between sex was much faster I felt locked and loaded at all times! Having experienced Deca Durabolin and testosterone before it is easy for me to say that Cabergoline (Dostinex) is a must have when you are cycling trust me when I tell you this, it will change your cycle experience for the better!

Take a closer look at some of the studies below!

Increased sensitivity to the negative feedback effects of testosterone induced by hyperprolactinemia in the adult male rat.

McNeilly AS, Sharpe RM, Fraser HM.
High plasma levels of PRL induced by transplants of two donor pituitaries under the kidney capsule of adult male rats resulted in a prolonged suppression of plasma levels of lh - leutenizing hormone - and FSH - follicle stimulating hormone - although testosterone levels were maintained within normal limits. Castration of rats with pituitary transplants resulted in a normal though dela rise in serum levels of both lh - leutenizing hormone - and FSH - follicle stimulating hormone - to levels equivalent to those in normal castrated controls. This increase in gonadotropin levels occurred in spite of maintenance of elevated PRL levels. Two experiments were carried out in which testosterone was restored after castration by Silastic testosterone-containing implants of various lengths (Exp [1:60], 30, and 10 mm; Exp 2: 30, 20, 10, 5, and 2 mm). In both experiments 60- and 30-mm testosteroneimplants prevented the postcastration rise in lh - leutenizing hormone - and FSH - follicle stimulating hormone - in both control and hyperprolactinemic rats. However, although the shorter testosterone implants dela this rise in control rats, levels of lh - leutenizing hormone - and FSH - follicle stimulating hormone - increased by 4 days and were not significantly different from castrated rats without testosterone implants by 15 days after castration. In contrast, this rise in gonadotropins was abolished or considerably dela by the shorter implants in hyperprolactinemic rats, demonstrating an increase in sensitivity of the hypothalamic pituitary axis to the negative feedback effects of testosterone in these animals. These results suggest that 1) to maintain suppression of gonadotropin secretion in hyperprolactinemia high levels of PRL alone are insufficient and gonadal steroids are required, and 2) high levels of PRL appear to sensitize the hypothalamic-pituitary axis to the negative feedback effects of gonadal steroids.

Role of prolactin in the regulation of sensitivity of the hypothalamic-pituitary system to steroid feedback.

During sexual maturation, pituitary gonadotropins stimulate the gonads to produce increasing amounts of biologically active steroids and yet gonadotropin release does not become suppressed until concentrations of sex hormones, lh - leutenizing hormone - and FSH - follicle stimulating hormone - , in peripheral circulation stabilizes at a higher adult level. There is a substantial amount of evidence that in many mammals, this transition from prepubertal to adult level of activity of the pituitary-gonadal axis is associated with a reduction in the sensitivity of the hypothalamic-adenohypophyseal system to negative feedback of gonadal steroids. In the female, these changes are accompanied by the appearance of positive estrogen feedback on gonadotropin release. In seasonal breeders, annual transitions between the periods of gonadal activity and quiescence are associated with corresponding shifts in the sensitivity to steroid feedback. Peripheral levels of pituitary prolactin (PRL) typically increase during sexual maturation and exhibit large seasonal fluctuations in response to changes in photoperiod and ambient temperature. We propose that PRL is one of the factors which regulate the sensitivity of gonadotropin release to gonadal steroid feedback. In hyperprolactinemic women, responsiveness to negative estrogen feedback increases, while lh - leutenizing hormone - response to positive estrogen feedback is reduced or absent. In hyperprolactinemic men, both lh - leutenizing hormone - and testosterone levels are reduced, implying increased sensitivity of lh - leutenizing hormone - release to negativetestosterone feedback. In the male rat, both physiological amounts of PRL and experimentally-induced hyperprolactinemia increase the ability of exogenous testosterone to suppress lh - leutenizing hormone - and FSH - follicle stimulating hormone - release. Different regulatory mechanisms appear to operate in the seasonally breeding male golden hamster, in which short photoperiod causes concomitant suppression of PRL, lh - leutenizing hormone - , FSH - follicle stimulating hormone - and testosterone release. In this species, pharmacologic suppression of PRL release leads to increased responsiveness of plasma gonadotropin levels to negative feedback effects of testosterone, while PRL-secreting ectopic pituitary transplants exert an opposite effect. We have examined some of the suspected mechanisms of PRL modulation of testosterone feedback in male golden hamsters. In immature animals, the amount of cytoplasmic androgen receptors in the anterior pituitary was decreased by mild hyperprolactinemia and increased by treatment with bromocriptine, an inhibitor of PRL release. Bromocriptine increased pituitary androgen binding also in adult hamsters. These findings would imply that PRL modulates the responsiveness to negative steroid feedback at the pituitary level.(ABSTRACT TRUNCATED AT 400 WORDS)

Prolactin modulates the gonadotropin response to the negative feedback effect of testosterone in immature male rats.

The effects of hyperprolactinemia (hyperPRL) and hypoprolactinemia (hypoPRL) on pituitary gonadotropin secretion and the feedback sensitivity totestosterone (T) were evaluated in immature male rats. At 34 days of age, rats were divided into three groups: group 1, controls, injected with oil; group 2, treated with bromocriptine mesylate (CB-154; 250 micrograms in oil/rat X day); and group 3, subjected to the transplantation of one pituitary from an adult female rat under the kidney capsule and treated with oil. The treatments were continued for 14 days. On day 8, each of these groups were further divided into three subgroups: intact, castrated, and castrated plus T treated. T treatment consisted of injection of T propionate (TP; 50 micrograms in oil/rat) on alternate days starting immediately after castration. Blood samples were obtained by cardiac puncture throughout the study. Plasma PRL levels were significantly reduced by CB-154 treatment and significantly increased by the pituitary graft (P less than 0.001). In intact immature male rats, hyper- or hypoPRL did not affect plasma lh - leutenizing hormone - levels, whereas hyperPRL reduced (P less than 0.01) plasma FSH - follicle stimulating hormone - concentrations. The postcastration increase in circulating lh - leutenizing hormone - levels was significantly increased (P less than 0.001) in rats treated with CB-154 24 h after castration. Moreover, the suppressive effects of TP on plasma lh - leutenizing hormone - and FSH - follicle stimulating hormone - levels were significantly (P less than 0.05) attenuated in hypoPRL rats. In pituitary-grafted rats, effects of castration and TP replacement on plasma lh - leutenizing hormone - levels did not differ from those in control rats. These results demonstrate that subnormal levels of PRL reduce the sensitivity of the hypothalamic-pituitary system to feedback inhibition by T. In contrast to previous findings in the adult rats, acute hyperPRL in immature male rats did not affect the negative feedback action of T on gonadotropin secretion. 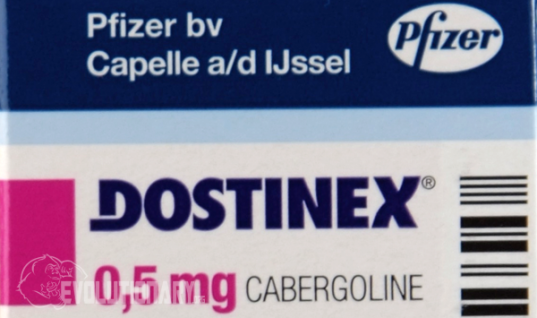