The International Association of Athletics Federations has announced former long jump world champion Aleksandr Menkov is among 16 more Russian athletes who have been cleared to compete as neutrals. 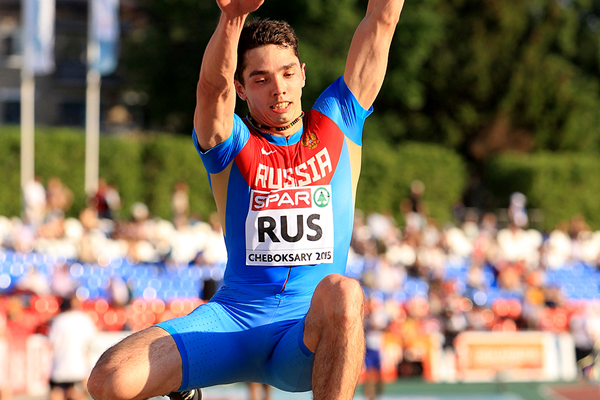 The world governing body of track and field remarked the 16 had met the "exceptional eligibility criteria" required to compete despite Russia still remains suspended from the sport.

A total of 25 Russian athletes (23 in 2017 and two in 2016) have previously been declared eligible under Rule 22.1A to compete as neutral athletes and they remain eligible to compete in international competition subject to acceptance by individual meeting organizers.

The International Association of Athletics Federations added the participation of all athletes was still subject to formalities and acceptance by individual meeting organizers. The IAAF also remarked it had received more than 150 applications from athletes of Russia to compete as neutrals this year and 39 had been approved. The world governing body of track and field said a number of applications were still under review.

The Russian national athletics federation (RUSAF) was suspended as a result of systematic and widespread doping. This means a big majority of athletes from the country would be barred from next month's world championships in London.

IAAF president Sebastian Coe remarked it important to reiterate that this review process is about ensuring there is a level playing field in which the world’s clean athletes have confidence. Coe also commented that it is a huge task and one which cannot be rushed if we are to ensure the rights and aspirations of clean athletes are protected.

In another development, Russian Prime Minister Dmitry Medvedev has ordered the Russian Sports Ministry and national sports federations to formulate a scheme to confiscate income and property from athletes, coaches, doctors, and other specialists who are involved in doping cases. The Russian Sports Ministry has itself being implicated in the past by World Anti-Doping Agency investigators that its own staff covered up doping.

Russian athletes often get lavish rewards from the state besides prize money from competitions. Most of these athletes keep them even if they are later found guilty of doping and banned. Gold medalists from the Rio de Janeiro Olympics received 4 million rubles ($85,495 CDN) from a public-private fund along with a white BMW SUV in a ceremony at the Kremlin. Regional governments of Russia also handed out apartments, cars and, in one case, even a horse to medalists.

Traditionally, organizers of many international sports events require athletes to pay back prize money if they are later disqualified over a positive drugs test. However, enforcement of these rules has appeared to be a difficult task till now. The threat of further sporting sanctions seems irrelevant and meaningless for an athlete who has retired or is banned for life.