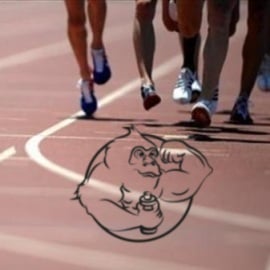 The International Association of Athletic Federations is all set to reintroduce bans of four years for serious drug violations. The world governing body will be pushing the World Anti-Doping Agency to do the same for strengthening the deterrent against cheats.

Member federations, in a vote by acclamation at the IAAF congress in Moscow, backed the leaders in seeking tougher WADA sanctions. The International Association of Athletic Federations remarked it is ready to press ahead on its own if other sport bodies refuse to upgrade the sanction from two years. The congress said the new World Anti-Doping Agency code that goes into effect in 2015 will reflect our firm commitment to have tougher penalties and the IAAF will return to four-year sanctions for serious doping offences. The new code will be up for approval at the November 12-15 World Conference on Doping in Sport in Johannesburg.

IAAF officials also remarked they were ready to impose sanctions of four years and only grudgingly adapted to penalties of two years. They believe new steps next November will again fall short in effectively deterring athletes. IAAF council member Helmut Digel said if WADA is only following some federations, who have their doubts, we have to take care of our own fate. He added that the sport is doing all it can to eradicate doping even at the expense of a public relations setback. Digel went on to say that we are not protecting Tyson Gay and Asafa Powell even though they are our superstars as we want to help our clean athletes.

The World Anti-Doping Agency wants a uniform standard across all sports and countries but athletic officials have concerns that the goal of four-year bans will go down in negotiations leading up to the Johannesburg meeting. Abby Hoffman, the IAAF's anti-doping task force coordinator, remarked the four-year ban is not a slam dunk and added we need to be sure that space is carved in the anti-doping campaign for athletics to impose the ban that we know our athletes and our members want.

The IAAF council has approved plans to revert to four-year bans for offenders from January 1, 2015. According to a statement approved by acclamation at the IAAF Congress in Moscow, the IAAF Council would like to take the opportunity offered by the gathering of the world athletics family in Moscow on the occasion of the 49th IAAF Congress to reiterate the IAAF's long standing and unwavering commitment against doping in athletics. It added the IAAF has an ethical obligation to the overwhelming majority of athletes and officials who believe in clean sport and as a leader in this fight the IAAF has built and delivers a program that is well resourced, far reaching, sophisticated and increasingly able to detect and remove from the sport those who breach our anti-doping rules. The statement also suggested that the IAAF has historically been the pioneering international sport federation in the field of anti-doping. The IAAF began out of competition testing in 1989 and blood testing in 2001 and almost all of the key procedures in anti-doping currently in use have been originated by our sport.