According to the Sunday Times, the world governing body of athletics suppressed a study that revealed as many as a third of top athletes of the world admitted to violating anti-doping rules. 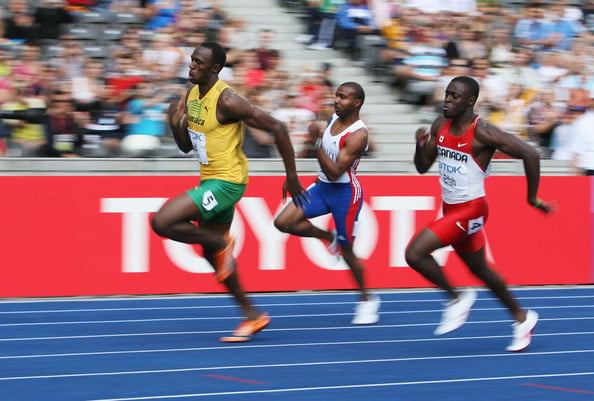 The Sunday Times reported that 29-34 percent of the 1,800 competitors at the championships had violated anti-doping rules in the previous 12 months. The newspaper reported that the researchers, a month after collecting the information, were asked to sign a confidentiality agreement to prevent them speaking out about the admissions. A leaked copy of the full study has been seen by the German broadcaster ARD/WDR and The Sunday Times. The Sunday Times concluded these findings demonstrate that doping is remarkably widespread among elite athletes, and remains largely unchecked despite current biological testing programs.

The newspaper quoted the University of Tubingen in Germany as saying the publication was blocked by the International Association of Athletics Federations (IAAF). The study had found that hundreds of athletes apparently told researchers in 2011 that they had cheated and made use of banned performance enhancing drugs or techniques.

Four years ago, hundreds of athletes at the World Championships in Daegu were interviewed by academic researchers. It is worthwhile to note that the IAAF had played no role in the study but it had the power to veto its publication by the World Anti-Doping Agency in return for allowing access to the competitors at Daegu.

In a statement, the University of Tubingen said to the Sunday Times that the study is an independently initiated scientific research project and was not commissioned by the International Association of Athletics Federations. The statement reads the delaying publication from IAAF for so long without good reason is a serious encroachment on the freedom of publication.

This study by the German University was reportedly financed with £50,000 from the World Anti-Doping Agency to find out the extent of the use of banned performance enhancing drugs and methods in athletics. This study was put together by 10 academics, including two from British universities. Lead author, Dr Rolf Ulrich from the University of Tubingen, revealed before the Sunday Times he and his fellow experts had been barred from discussing their work.

When asked why the study had never been published, Dr Ulrich said it is because the IAAF is blocking it and he believes they are stakeholders with WADA and they just blocked the whole thing.

A WADA spokesman said the anti-doping agency sought the agreement of the IAAF to carry out the project at the Daegu World Championships in 2011 and their consent was given so that researchers had access to athletes at the event, and was conditional upon any publication first being approved by the IAAF. The spokesman added the International Association of Athletics Federations has not approved the publication of the project.

Responding to the allegations, IAAF said discussions are ongoing with the research team and the World Anti-Doping Agency - the other partner in the project regarding publication of the study. UK Athletics chairman Ed Warner said athletics' governing body is of the view that the scientific rigor of that survey didn't pass muster and the IAAF claim they have been conducting their own prevalence survey.