The International Association of Athletics Federations (IAAF) will investigate reigning champion Elena Lashmanova and Ekaterina Medvedeva after it was found that the banned athletes competed illegally in a December 30 meet in Russia. 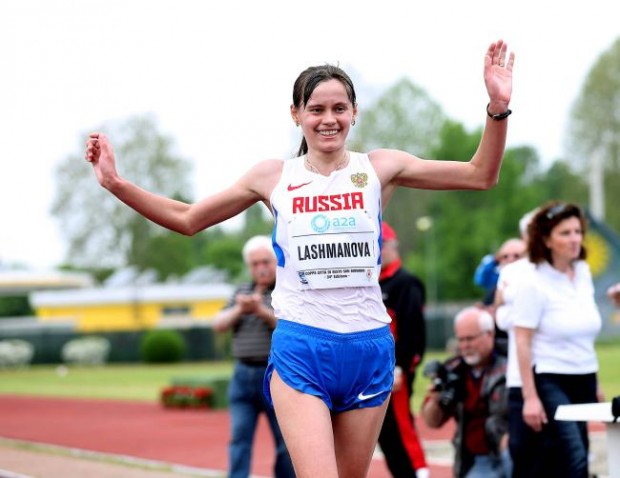 In 2012, Lashmanova became the youngest winner of the women’s Olympic 20-kilometre walk. She tested positive for banned hormones and modulators of metabolism. She now faces the risk of missing the Olympics after it emerged that she and Ekaterina Medvedeva competed in the indoor regional championships of her home region of Mordovia in Russia last month. If the claims are proven, Elena Lashmanova faces being banned for an extra two years until February 2018.

The Russian race-walking Olympians may face a ban from next year’s Olympics for doping as the new investigation puts Lashmanova's participation in next year’s Olympics in Rio de Janeiro in jeopardy. It was claimed by Italian walk race periodical Marcia dal Mondo that photos show Lashmanova on top of the podium at the event although her name did not appeared in the official results.

The IAAF confirmed that it has been informed by multiple sources that one or more athletes may have competed in a Russian race last month while under sanction. It added the IAAF medical and anti-doping departments are investigating those allegations.

Meanwhile, the event organizer who is a leading official in the Russian race-walking program remarked the pictures posted online purporting to show Elena Lashmanova competing in December 2014 were actually taken in 2012. This version of events was disputed by Canadian race walker Evan Dunfee who said the apparel and shoes worn by the athletes were not available in 2012. Dunfee alleged that some photographs that showed the medal ceremony at the December meet appear to have been staged at a later date to conceal the participation of Lashmanova and noted that some pictures show no spectators.

Jared Tallent, a walker who has won three Olympic medals for Australia, said he had contacted the IAAF and requested for an investigation. Jared remarked there should be a broader probe into Russian race walking, including its numerous doping cases and head coach Viktor Chegin after 20 of his athletes failed drug tests. The walker also said the amount of athletes that have been banned is quite frankly ridiculous and it is just more and more every year and added that it seems like that to them, a ban just means you can't race overseas but you can still compete in Russia.

The latest allegations cast another shadow over the state-backed race-walking program of Russia that has dominated at the Olympics and world championships for years. In the recent past, at least 17 Russian athletes have been banned for doping in recent years. The IAAF probe could involve more top athletes and officials from Russia being accused of participating in an alleged cover-up.  The new probe comes at a time when the World Anti-Doping Agency and the IAAF are already investigating allegations that were made in a German TV documentary of systematic doping and cover-ups in Russia.

A commission has been set up by Russian athletics federation head Valentin Balakhnichev for investigating the case and cast doubt on claims that Elena Lashmanova was not at the meet.