German broadcaster ARD has claimed that British athlete is among 150 implicated in fresh doping allegations that allege that the International Association of Athletics Federations (IAAF) turned a blind eye to suspicious blood tests. 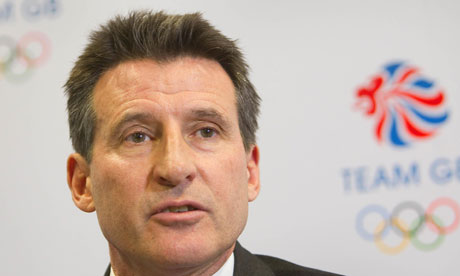 According to an unnamed medical commission member, there was a list of dozens of suspicious blood values which were not followed up and the cases, all of which from between 2006 and 2008 were "highly suspicious." It is revealed that at least one high-profile British athlete is among those under the scanner. Many of the "highly suspicious" samples came from Russia though some samples were connected with competitors from Kenya, Germany, Spain, and Morocco.

The German broadcaster alleged that there is 'systematic doping' in Russian athletics. It also implicated the world governing body of athletics in covering up the doping problem.

These claims are likely to add weight to the campaign of Sebastian Coe for the anti-doping system of the IAAF to be completely transparent and independent in terms of testing and sanctions. Coe remarked this is the time to really push for a wholly independent arm to our testing procedures and added there are clearly resource implications. Coe, who is running for the IAAF presidency, said there is a disproportionate amount of reputational damage being caused by a small number of countries. Coe added this is not endemic across the world of athletics and added independent testing and sanctioning would take some of the pressure off member federations and cut through any potential for conflict. Lord Coe added they are very serious allegations and said the very fact that the allegations are in the public domain means that they are serious. The IAAF Vice-President went on to remark that we have to be very clear that this is a very, very difficult time for our sport.

Coe's call was dismissed by Dick Pound, the former president of the World Anti-Doping Agency. He remarked independent testing was "too expensive" and argued that Russia is required to sort out its own "problem."

The IAAF recently said its Ethics Commission is looking into the contents of the documentary. It however stressed that a member of the IAAF Medical and Anti-Doping Commission would not know whether follow-up tests would have been conducted or not. The IAAF also said its athlete biological passport scheme was only launched in 2009 and blood samples collected before this date do not have the same level of reliability and strength as the post-2009 values which were collected under strict and stringent conditions. The IAAF also said it has been using the pre-2009 blood data to identify countries where there was a high risk of doping and to adjust its doping control program accordingly. It also remarked the blood data collected before (2009) was used for target purposes to trigger follow up urine tests for EPO detection and added abnormal results were followed up whenever possible. The IAAF suggested that one cannot draw any conclusion on whether or not an athlete has doped on the basis of one single blood value.