Kerry footballer Brendan O'Sullivan had failed a doping control test following the Allianz league final of 2016, according to a recently-released statement by Kerry GAA board. 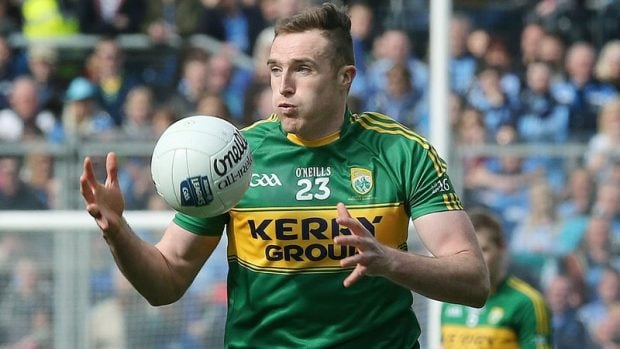 The Valentia clubman was tested as part of the doping controls of Sport Ireland after last year's Allianz League final defeat by Dublin. O'Sullivan came off the bench as a substitute and delivered a positive finding for a banned substance.

The statement further disclosed that O'Sullivan failed the test and served a suspension for the incident. It was also remarked that the Kerry footballer fully cooperated with Sport Ireland and the violation was not intentional. The principle of strict liability applies in all cases under anti-doping rules even though O’Sullivan’s breach was accepted as unintentional. This means that an athlete who tests positive is believed to be responsible for the presence of the banned substance in his or her system, regardless of how it got there and whether the athlete intended to cheat or not. A hearings committee, in applying any sanction, can subsequently take mitigating circumstances into account when it has to determine the length of a ban and so reduce it from the standard period of four years.

It was said that Brendan O’Sullivan (Valentia Young Islanders & Kerry) underwent a routine Sport Ireland doping control test following the Allianz League final on the 24th of April 2016 and the results of the test indicated a rule violation.

The statement from Kerry GAA board also said Sport Ireland is expected to deliver a written decision shortly. It also added that all involved with Kerry GAA are delighted to see Brendan back playing football. It was also remarked that the Kerry County Committee and Team Management will be making no further comments until the Sport Ireland report has been issued.

In 2016, O'Sullivan did not feature again for Kerry but was back again as a substitute when the Kingdom opened their 2017 Allianz League campaign against Donegal in February.

This is the second positive test in the GAA in the last two years. Monaghan's Thomas Connolly was banned for two years in June 2015 after he tested positive for a banned substance in February of that year. The ban on Connolly has now been served. Connolly admitted to taking Stanozolol, a prohibited anabolic steroid, but argued that he was not aware that the pills taken by him contained the substance and that the pills had not been correctly labeled. Connolly's assertion was accepted by the hearings committee and was used in mitigation in the application of a ban of two years rather than the standard suspension of four years.

In 2016, Sport Ireland spent almost €1.8m on its anti-doping program that is globally recognized for its vigilance. Over 1,000 blood and urine tests were carried out on Irish athletes at home and abroad and 97 - or just under 10 per cent - of those were on Gaelic footballers and hurlers with a further four ladies footballers and four camogie players were also tested.

Dr Una May, director of the Irish Sports Council anti-doping unit, has previously remarked that doping is not a major issue in the GAA.