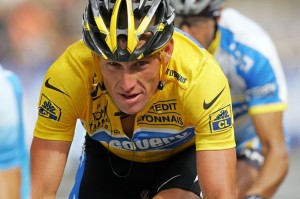 Emma O'Reilly, a massage therapist who worked with disgraced cyclist @Lance Armstrong, has revealed that Thom Weisel, director of the U.S. Postal Service Team, allegedly helped the cyclist in covering up his doping habits. Emma said Weisel assisted Armstrong by backdating prescriptions and coming up with excuses.

In a sworn affidavit submitted to a federal court in one of the lawsuits against Armstrong, Emma made these revelations. She also remarked that Weisel was present at a meeting in 1999 that followed the discovery that one of the urine samples of Armstrong had tested positive for a banned substance and the media was aware about it. In the affidavit, Emma said she remembers being in a room with Weisel, Armstrong, and Mark Gorski when the three came up with the explanation for the presence of corticosteroids in the urine sample. The affidavit of Emma O'Reilly was published last year by the U.S. Anti-Doping Agency. Emma went on to say that the group made a plan to claim that the American professional road racing cyclist suffered from saddle sores and used a corticosteroid cream. The backdated prescription was obtained from team doctor Luis Garcia del Moral.

In another development, Armstrong's claims that the government should have known he was doping all along and "wanted a winner" and "got what it bargained for" were rubbished by the government. The government said it didn't get a "winner" as all it got was a fraud and all of the publicity and exposure that goes along with having sponsored a fraud. It was added that is decidedly not what the Government bargained for and the United States should have an opportunity to recover damages for the money that it paid in reliance on Armstrong's many lies. The lawyers of U.S. Justice Department are urging a federal judge not to dismiss the fraud lawsuit filed by the government against the cyclist. The Department of Justice has been unwilling to allow joint depositions, said Armstrong's attorneys who urged the court to support the motion. They wrote plaintiffs given the passage of time since the alleged doping could turn the depositions into a treasure hunt for inconsistencies in decaying memories of ancient events. The allegations of doping are highly salacious and seem to be a source of endless interest to the press.

Meanwhile, Lance Armstrong has requested a federal judge to allow him to be deposed for all lawsuits against him in one sitting. Armstrong's attorney wrote in a motion filed in federal court that his client has been sued in five different actions in five different state and federal courts around the nation and deposing the same witnesses multiple times across those suits is a waste of the courts' and the parties' resources. According to the document, these procedures would be duplicative and indeed harassing. The attorneys of Armstrong said the Postal Service did nothing despite media allegations that Lance was doping.