The International Olympic Committee's executive board has decided to strengthen its armory for fight against doping. The board agreed to double its budget for pre-games drug testing to $500,000 and target athletes from Kenya, Russia, and Mexico. 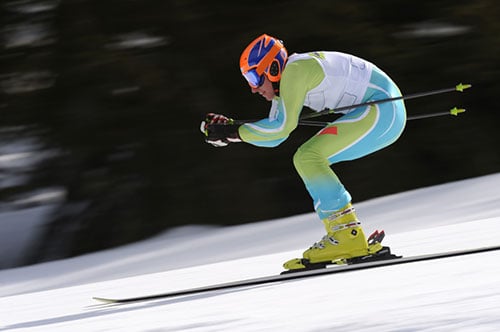 The IOC executive board also agreed to extend retesting of stored doping samples to include medal winners from the 2008 and 2012 Olympics. IOC spokesman Mark Adams said we want to make sure any targeted athletes who have a positive result will be stopped from competing in Rio.

The board also backed the proposed inclusion of skateboarding, sport climbing, surfing, baseball-softball, and karate for Tokyo Olympics. Under the new IOC rules, local organizers can propose the inclusion of at least one additional sport for their games. The five sports were proposed for inclusion by Tokyo organizers last year and presented as a package. The sports will go to a vote of the full IOC at its session in Rio in August on the eve of the games. The five sports represent a good balance between sports that are very popular in Japan and those better engaging youth, said IOC vice president John Coates. If approved, the Tokyo Games would feature 33 sports and about 11,000 athletes, compared to the standard 28 sports and 10,500 athletes.

The IOC also remarked an Olympic Summit will evaluate and review the entire doping program and measures being taken for the Olympic Games Rio 2016. The IOC also called a summit meeting of sports leaders on June 21 for coordinating and harmonizing the approach on eligibility of athletes for the Rio Games. The meeting in Lausanne will come a few days after the world governing body of athletics decides whether to lift or uphold its suspension of the entire track and field team of Russia in time for the Rio Olympics. The sanction was imposed on Russia after a report by the independent commission of the World Anti-Doping Agency detailed state-sponsored doping, cheating, and cover-ups in Russia.

The IOC remarked the discussion will have to address the difficult decision between collective responsibility and individual justice. The International Olympic Committee also remarked testing will also target sports that the World Anti-Doping Agency has declared "most affected" by doping. A disciplinary commission to deliver "swift decisions" has been established by the IOC in the 55 positive cases that have been recorded so far in retesting of Olympic doping samples — 32 from Beijing Olympics and 23 from London Olympics.

A blanket ban on all Russian track athletes or the entire Olympic team from Russia is opposed by some officials as they believe it would also punish some athletes who are clean and have never been accused of doping. On the other hand, supporters of the blanket ban say evidence of state-backed doping must be enough to keep the Russians out of the Rio Olympics. The proponents of blanket ban got a better voice against Russian cheats ever since it was alleged by Moscow's former drug-testing director that he ran a state-supported doping scheme for Russian athletes and helped in switching tainted samples for clean ones at the 2014 Sochi Winter Games.