Olympic medalist Anna Chicherova has been stripped of her bronze medal from the 2008 Beijing Olympics for doping. 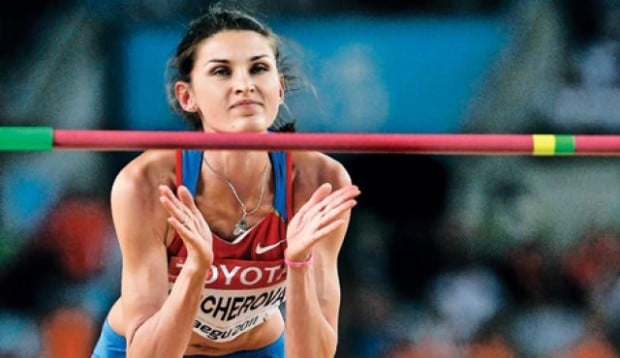 A member of Moscow's famous Russian Army Athletics Club, Chicherova tested positive for the anabolic steroid Turinabol but has been told by the International Olympic Committee that a urine sample she gave in London has been declared clean. The IOC recently announced up to 31 athletes from around the world could be banned from the Rio Olympics as a result of the retests that were conducted using the latest scientific methods. It was subsequently revealed by the Russian Olympic Committee that 14 of those 31 athletes were Russian. It was then claimed by a Russian TV report that 14 athletes included 10 medalists, among them 33-year-old Chicherova, who was planning to defend her Olympic title at the Rio Games.

In a statement, the IOC said Anna Chicherova who competed in the women’s high jump event, has been disqualified from the Olympic Games Beijing 2008, in which she ranked third and was awarded the bronze medal. The IOC remarked the re-analysis of the samples of Anna from Beijing 2008 resulted in a positive test for the prohibited substance Dehydrochlormethyltestosterone (Turinabol).

The IOC Disciplinary Commission, having Denis Oswald (Chairman), Gunilla Lindberg, and Ugur Erdener, decided the athlete was found guilty of committing an anti-doping rule violation pursuant to the IOC Anti-Doping Rules applicable to the Games of the XXIX Olympiad in Beijing in 2008. The Commission ruled that the Russian high jumper is disqualified from the women’s high jump event in which she placed third upon the occasion of the Olympic Games Beijing 2008. It was further remarked by the IOC Disciplinary Commission that the bronze medal, the diploma, and the medalist pin obtained in the women’s high jump event shall be withdrawn and Anna is ordered to return these.

The IOC also requested from the international athletics federation (IAAF) to modify the results of the above-mentioned event accordingly and to consider any further action within its own competence.

Anna was among the world leading high jumpers for several years before she missed the 2010 season because of pregnancy. She established herself as the world leading female high jumper displacing Blanka Vlašić after making a return in 2011. The Olympic medalist is among the top ten high jumpers of all time both indoor and outdoor. Anna became only the third female high jumper after Stefka Kostadinova & Heike Henkel in history to win at both the Olympic Games and the World Championships with her victories in Daegu and London. Married to Gennadiy Chernovol, Anna Chicherova is currently in the Russian Army Athletics Club based in Moscow, where she is coached by Yevgeni Zagorulko.