The future of the World Anti-Doping Agency is in doubts amid concerns that the International Olympic Committee wants to neuter, sideline or even replace WADA as punishment for calling for a blanket ban on Russian athletes at the Rio Olympics. 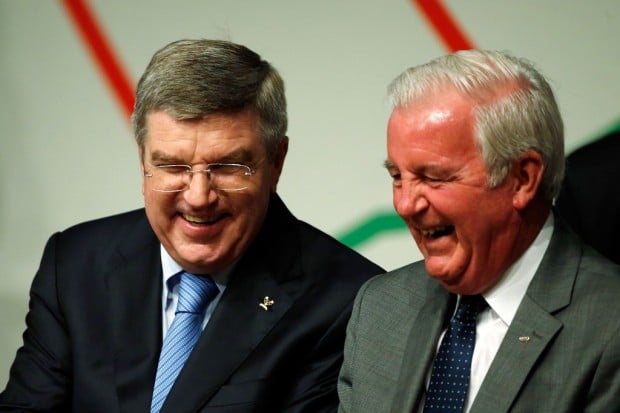 There were open discussions at a WADA think-tank recently about how the International Olympic Committee is considering the idea of establishing an “integrity unit” responsible for corruption, match-fixing, and anti-doping in a move that could be used to erode powers of the World Anti-Doping Agency.

Recently, Gerardo Werthein, the Argentinean IOC member and president of the Argentinean Olympic Committee, accused WADA of letting down the sports movement and attacked its obvious efforts to blame major problems in the system on others. An ally of the IOC president, Werthein floated the idea of a “successor body” to WADA and remarked the World Anti-Doping Agency had failed in its duties. Werthein, wrote on the Around the Rings website, that we despite the various inquiries which have been launched have still not had an adequate explanation on why WADA did not act earlier on the situation in Russia when they had been fully alerted to the doping problem as early as 2010. The Argentinean IOC member also commented WADA indeed declared the Russian national anti-doping agency code compliant and then re-accredited their Moscow lab just ahead of the 2014 Sochi Games.

Werthein also remarked we have also not been provided with any serious analysis as to how WADA has let the sports movement and national governments spend major amounts of money on almost 300,000 tests per year and yet find so few of those who appear now to have been cheating. Blasting WADA, Werthein added most of the major doping cases in truth have largely resulted from work by international federations, police investigations, whistle blowers, and the media.

Supporters of WADA are of the view that the IOC wants a more compliant anti-doping body that does not challenge its authority. They also believe that attacks of such nature on WADA are a smokescreen for hiding the real intention of the International Olympic Committee to punish its independent anti-doping body for being too independent when it came to punishing Russia over state-sponsored doping.

Former WADA director general David Howman remarked this concept of some kind of integrity unit seems to be about retaining control rather than ensuring full independence.

IOC members in Rio entered into a coordinated attack on WADA before the Olympics after the World Anti-Doping Agency called for an outright ban on Russia in the wake of the state sponsoring doping revelations in the report of Professor Richard McLaren.

Former WADA President Dick Pound, who led an independent commission report that revealed details of widespread state-sponsored Russian doping last November, remarked he had always thought the attacks on WADA by IOC were a diversion to take everyone’s mind off how the whole Russian situation has been bungled. Pound added the World Anti-Doping Agency did exactly what it was supposed to do that was to bring recommendations against Russia but one of the stakeholders didn’t like them.