The Olympic team of Ireland has to deal with a major crisis when it was announced one of its boxing stars tested positive for a performance enhancing drug. 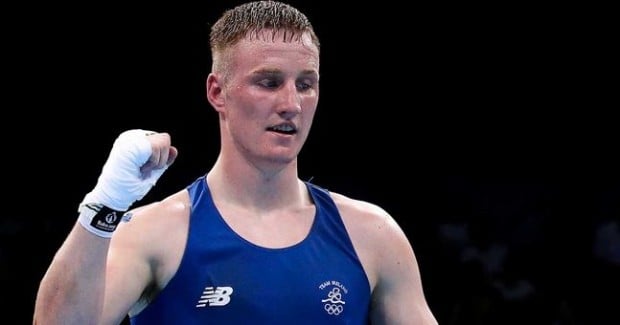 The 23-year-old Michael O'Reilly was suspended dramatically after a banned substance was allegedly found in his system during test results. The news of Reilly's suspension is specifically embarrassing for Sports Minister Shane Ross, who recently released a press statement in which the minister said that he hopes Irish athletes will perform in a "doping-free environment". It is believed that the boxing star - who was due to compete in the middleweight event - was tested prior to his departure for the Rio Olympics.

Michael O'Reilly, who fights out of Portlaoise Boxing Club, is likely to appeal and have the 'B' sample tested.

Olympic gold medalist Michael Carruth expressed complete disbelief following the news. Carruth remarked it is a complete shocker to learn that an Irish boxer has failed a drugs test and said they all are stringently tested and they know the dos and dont's. The Olympic gold medalist further said we want clean athletes and this is our sport and for this to happen it is an absolute shock.

Boxer Conor Wallace (20), who was defeated by O'Reilly in the qualifiers for the Olympic team, also expressed disbelief and shock. Wallace remarked he is terribly surprised to be hearing it and remarked he likes Michael O'Reilly as a person.

The Irish Athletic Boxing Association (IABA) in a statement said it was notified by the Irish Sports Council of an alleged violation of the Irish anti-doping rules. The IABA said the athlete in question has been informed and is provisionally suspended in following the strict procedures applying to an adverse analytical finding. The Irish Athletic Boxing Association remarked the boxer can request to have a 'B' sample tested but cannot participate in any competition or activity prior to the completion of an investigation under Article 8 of the Irish anti-doping rules. It was also commented by the IABA that it has always maintained a zero tolerance approach to doping and Irish boxing has been one of the most widely tested sports by the National Anti-Doping Program over the last number of years.

O'Reilly was recognized as a special talent inside the ring and won his first European gold medal when he was only 13. The boxer was disciplined by the Irish Athletic Boxing Association and dropped from the Irish youth team which was due to compete in the European Youth Championships. He was later restored to the team and went on to win a silver medal at the tournament after he took a High Court action against the decision by the IABA.