The Irish Sports Council (ISC) will address the loophole in the World Anti-Doping Agency Code that permitted Kerry footballer Brendan O'Sullivan to compete even after he was found to have had a prohibited system in his system at its next WADA review. 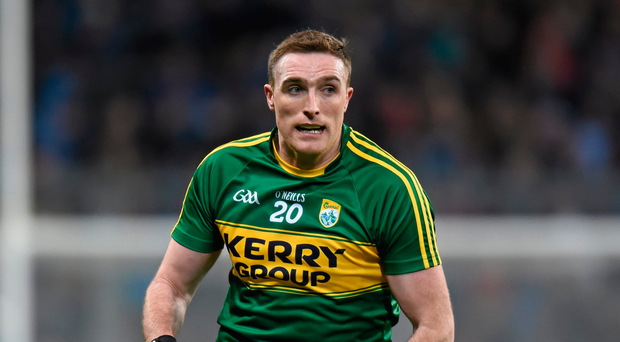 Chief executive John Treacy, speaking after a media briefing on how drug test program is conducted and approached in Ireland, said the O’Sullivan case highlighted the inadequacy of the code although it considered GAA a low-risk sport.

The Kerry footballer twice appealed proposed bans from Sport Ireland and the anti-doping committee of GAA. O’Sullivan first appealed the provisional suspension that is uncommon in athletes, which allowed him to continue playing with Kerry. Kerry fully supported O'Sullivan through a protracted case that started when O'Sullivan failed a routine test after the Allianz League final last year.

The Sport Ireland CEO remarked neither the Gaelic Athletic Association nor the player did anything incorrectly but things became absurd as the footballer served his suspension in two relatively short bursts after he ingested a contaminated nutritional compound. Treacy remarked he thinks the issue around Brendan O’Sullivan was the provisional suspension being lifted and added that was the real issue that the media did not understand because it was appealed. Treacy also commented that it is allowed under the rules and it was applied under the rules, and we had no choice. The Chief executive added it is the same for every sport and also remarked he would imagine that when we are reviewing the WADA code the next time we will be raising that point because the point is very valid as you lift the provisional suspension and you have then no motive to get the case heard.

Treacy also added that Irish Sports Council was “open for business” if the GAA showed inclination to contribute to the user-pays system that is in place that allows for governing bodies to pay for testing of their athletes. The IRFU pays for dozens of tests on its players every year but the GAA does not subscribe to the system. The cost of each test from collection to laboratory on average is €500. The Irish Sports Council spent a total of €1,755,169 across testing, education, research and salaries last year. Only two athletes were sanctioned during that period in Paralympic cycling and motorcycling.

The Sport Ireland CEO placed rugby in a high-risk category along with athletics and cycling and explained that global trends demonstrated the athletes are more likely to use banned substances to get ahead where the financial rewards are more. No elite rugby players have served doping suspensions in Ireland over the last decade despite the sport being placed in the high-risk category.

Treacy also said the GAA players were adequately tested even though they don't subscribe to the whereabouts system. The Sport Ireland CEO added we have not gone there yet with GAA and added it is again something we would continue to review. Treacy said he thinks we would be pushing very hard if we did think we had a serious issue.