In this article we will have a look at “roid rage” and whether or not it is a myth.  We have all seen the guy on gear who loses his cool.  Did he have “roid rage” or is it simply his personality and short fuse?  Does science back the theory?  We will also look at a couple of high profile cases of documented “roid rage”. 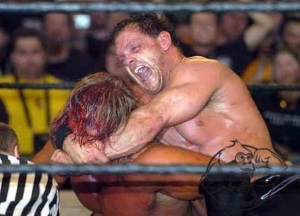 What is Roid Rage?

“Roid Rage” can be defined as an aggressive outburst as a result of regularly taking anabolic androgenic steroids (AAS) at high doses.  These outbursts should be unique because they don't follow the normal behavioral pattern of the individual.  They may include acts of aggression, yelling, and even physical violence.

It is known that as a general rule men are more aggressive and take more risks than women.  This is attributed to the much higher production of testosterone in men.  Interestingly, there is a well-documented study where men were given a dose of 300mgs of testosterone over one week.  As a result, the subjects showed an increase in aggression, but it was very mild and infrequent.  Furthermore, another group was given a dosage of 500-600mgs over the same week.  In this group, some of the subjects showed a further increase in aggression and 5% of the displayed hypomania and/or manic behavior.  Hypomania is basically when someone is completely euphoric and then completely irritable.  On the other hand, manic is the opposite of depressed.  A person who is manic will be in an extremely elevated mood.

Studies also show that men on testosterone replacement therapy (TRT) have extremely beneficial improvements in mood and quality of life.   There are no documented studies that prove “roid rage” is a real thing caused by anabolic steroids.  The studies only prove that people who are already mentally unstable or extremely aggressive will only lean more that way.  It is also important note that people with a more relaxed personality often became more relaxed and not more aggressive.

Probably the most high profile case of Roid Rage is that of WWE wrestler Chris Benoit.  In 2007, Chris, his wife Nancy, and their child Daniel were all found dead in their Fayetteville, GA home.  The deaths were ruled a murder suicide with Chris killing his wife and son before hanging himself. 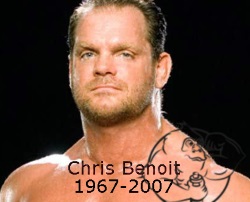 When the toxicology tests were done, the Georgia Bureau of Investigation found Xanax and Hydrocodone in his blood.  They also found an extremely high level of testosterone in his urine.  The amounts of Xanax and Hydrocodone in his blood were consistent with a prescribed dose, and not of someone abusing the drugs.  This pointed the finger at steroids and “roid rage”.  Therefore, everyone made the assumption that his abuse of anabolic steroids caused his aggression, which is absolutely untrue. 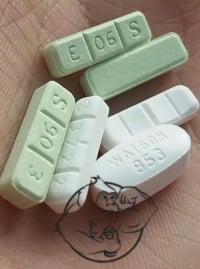 Another high profile case is that of the South African reality show contestant and model Reeva Steenkamp.  She was shot and killed by Oscar Pistorious, who was an Olympian and double amputee.  Steroids were found in Oscar’s bedroom where there were several boxes which included testosterone. 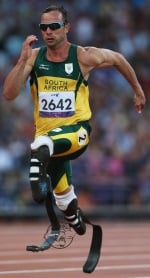 According to every legitimate study done, there is nothing to prove that “roid rage” is an actual behavior.  Everything points to the fact that a person who has good mental capacity, intact  sanity, and normal behavior, will not lose control to a fit of rage caused by the use of anabolic androgenic steroids.  In fact, many experts think that the belief in “roid rage” is purely media driven.

There are certain people and personality traits that do not lend themselves to steroid use.  These people are the ones that cross the line and turn violent when using steroids.  The following types of people should avoid using steroids:

Want to read about Roid Rage on our forums? check out these threads: