Jean-Claude Van Damme, real name Jean-Claude Camille François Van Varenberg, was born in Belgium. He comes from a very humble family of a house keeper and an accountant. There wasn't any film or martial arts background in his family. However, when he was 10 years old, his father decided to put Jean-Claude into Karate classes. Mainly, Shotokan karate (the one taught to kids) and regular kickboxing. It took Jean-Claude 8 years, but he eventually got his black belt (at 18). Yet, he wasn't satisfied with just a black belt, and he started to lift weights so he can move up in weight classes. He found himself small compared to other fighters, and that's when his love for bodybuilding was born.

Jean-Claude Van Damme is mainly a karate guy, though he did study kickboxing and muay thai. He had 18 wins vs. 1 loss in his full contact karate career. Interestingly, he won the Mr. Belgium bodybuilding title in 1978, and I never see anyone mention this. Everyone thinks of Jean-Claude as a martial artists, but is he a bodybuilder at heart? 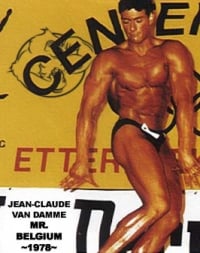 With all that being said, Jean-Claude is not famous for his bodybuilding, he's famous for his movies. He's been in some classical movies. His most memorable movies for me were Blood Sport, where he acted with Bolo Yeung, an Double Impact where he had a twin across the world. Though, we can't forget his roles in Universal Soldier, where he played the “heel” with Dolph Lundgren (guy from Rocky films – soviet guy). His later movies, like Street Fighter didn't do well at all. While street fighter did good at the box office, it was a flop with critics. I personally didn't like the movie at all. Recently, he's working on a new movie, Kickboxer Vengeance, with Dave Bautista – WWE star. This is the remake of the original Kickboxer movie.

Steroid and Drug Use

In the 1990s, towards the middle, Jean-Claude Van Damme developed a serious cocaine addiction. He admitted to using up to 10 grams of coke per day and spending as much as $10,000 per week on it. He couldn't quit even after going to rehabilitation, meaning drug rehab failed for him. He had to cold-turkey to stop the addiction.

A guy with such an addictive personality was likely using other drugs as well. It is rumored and openly discussed by bodybuilders and actors that Jean-Claude Van Damme used a heavy cocktail of steroids to stay in shape. His steroid cycle was geared towards being lean and looking good, so he never used deca durabolin or sustanon. However, he likely used combinations of anavar, winstrol and maybe clenbuterol at that point. In my view, he never used HGH because he's never shown the side effects of HGH abuse – big gut, jaw growth etc. Jean-Claude was likely just using steroids to recover better and keep his muscle base. Since Jean-Claude Van Damme used steroids in the 90s, no one really wants to know how old-school actors juiced. Rather, everyone is interested in how they can look like Jean-Claude in today's world, with today's anabolic steroids and performance enhancing drugs. So, I'm going to lay out his modern Van Damme cycle for you.

Why did Jean-Claude Van Damme use these steroids on his cycle?

Winstrol – stanozolol is used as a hardening and cutting agent, which keeps him strong and aids in recovery after grueling movie shoots.

Anavar – oxandrolone is used for fat loss, keeping weight down and a mild anabolic effect.

HCGenerate – this supplement is used to keep his natural testosterone levels going while he's on cycle.

N2Guard – this liver, kidney and organ cleanse is used to remove toxicity from oral steroids and help the body recover. 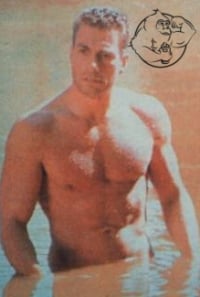