Jo Pavey has expressed her frustrations over doping fears throughout her career.  The 43-year-old recently discovered she had been upgraded to 10,000m bronze from the 2007 World Championships in Osaka after Elvan Abeylegesse of Turkey, the silver medalist, was retrospectively banned when a sample taken from her was re-tested. 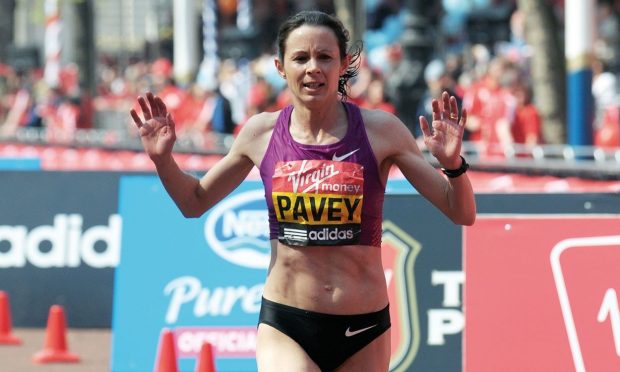 Pavey remarked there have been a lot of stories about doping and she is glad we are talking about it. The British long-distance runner, who won the 10,000 meters gold medal at the 2014 European Championships in Zurich, said she felt that in the main part of her career, you have all your suspicions, you know what you are having to go through competing against these people but no one is talking about it. Pavey said she was disappointed of always having to fail when she was not getting the medals.

There has been a huge surge in doping cases over the last few months. This has resulted in more and more eminent athletes and other personalities calling for doping to be criminalized. Double winner of the London Marathon and New York's reigning champion after three consecutive victories, Mary Keitany, and two-time Chicago Marathon champion Florence Kiplagat, recently called for tougher sanctions along the lines of those seen in countries such as Germany, Italy, and Australia.

Last year's London Marathon winner, Jemima Sumgong, tested positive for Erythropoietin and is awaiting the results of her B sample. Commenting on her positive test, Kiplagat said the initial test result had "embarrassed the sport" and left her "ashamed." Keitany said they are killing the sport for the future and added doping should be criminalized as it is not good to come and lie because you will not get anywhere.

The record of Kenya in anti-doping has been intense scrutiny in recent years with more than 40 Kenyan track and field athletes failing doping tests and getting banned since 2011. Last year, the country was declared non-compliant by the World Anti-Doping Agency and athletes faced special testing before the Rio Olympics. There have been high profile cases. In 2014, Rita Jeptoo, a Boston and Chicago champion, tested positive and the podium places of Liliya Shobukhova were annulled by London Marathon organizers.

The World Marathon Majors (WMM) -- London, New York, Chicago, Boston, Berlin and Tokyo -- group is working with the world governing body of track and field. It has introduced ways of preventing proven dopers from profiting from its races financially and invested in additional out-of-competition testing for 150 of the best marathon runners.  Tim Hadzima, WMM's general manager, said we believe it is important to consider all options to eradicate doping from marathon running. Hadzima said if the information about Sumgong is accurate, it does indicate we are gaining ground in our fight against doping.

Paula Radcliffe, the women's world record holder in the marathon with her time of 2 hours 15 minutes and 25 seconds, recently advocated the criminalization of doping as a deterrent and a tool to give anti-doping agencies greater powers.