Current interim light heavyweight champion Jon Jones has issued a tearful apology after news emerged that he was flagged for a potential doping violation after a drug test administered on June 16. 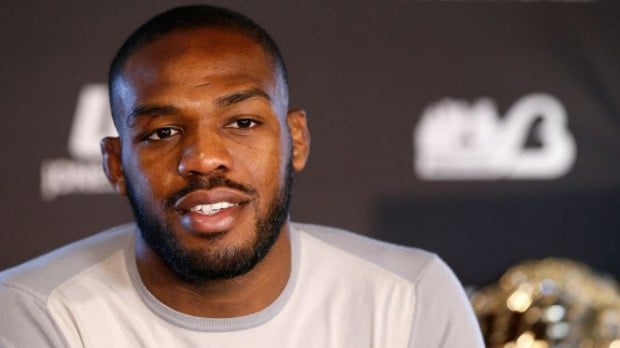 Jones, at a press conference in Las Vegas, issued a statement that was littered with apologies. Jones said he is apologetic to all the fans that came to support him for UFC 200 and added he wanted to apologize to the UFC and the Fertitta's. A visibly upset Jones walked from the stage following his short statement and took ten minutes before returning with tears in his eyes. His agent Malki Kawa during his absence confirmed that Jones had tested positive for a banned substance and that this 'could potentially be a supplement' issue. Both Jones and Kawa did not reveal the substance and Jones even said he was unaware of what the substance was. The current interim light heavyweight champion said he had never take anything to enhance himself in any way and said the story isn't over and the best is yet to come. Jones also remarked this changes nothing when it comes to his journey.

USADA spokesman Ryan Madden said the organization was notified about the positive test of Jones on July 6 and they passed along the results promptly. The spokesman said the no-notice, out-of-competition tests conducted by the United States Anti-Doping Agency are sent to an independent, WADA (World Anti-Doping Agency) accredited lab for testing and added the timeline in the case of Jones is standard though the timeline can vary based on many factors. It was stated by Madden that test samples are also sent anonymously to the laboratories for testing.

Madden added he can confirm given that Jones has spoken publicly about the issue that he has been notified of a potential anti-doping policy violation stemming from an out-of-competition test on June 16. He further added that the B-sample of Jones is currently being analyzed by the independent WADA-accredited laboratory in Salt Lake City, Utah, and we have requested that the laboratory report those results to us as soon as possible. The USADA spokesman also remarked he can confirm that USADA has been in communication with the Nevada State Athletic Commission regarding Mr. Jones' potential violation and that we are working to ensure that the Commission has the necessary information to fully adjudicate this matter in accordance with its rules.

In another development, an executive from GAT Nutrition, a sponsor of Jones and other athletes, said the banned substance did not come from his Connecticut-based company. GAT Nutrition vice president Mark Post said nothing Jon is using from GAT contains anything that is banned and added we do extensive third-party testing and we know he has been tested (with no positives for performance enhancing drugs) several times.