Controversial American sprinter Justin Gatlin has released letter that detail extent of his cooperation with investigators from the United States Anti-Doping Agency. 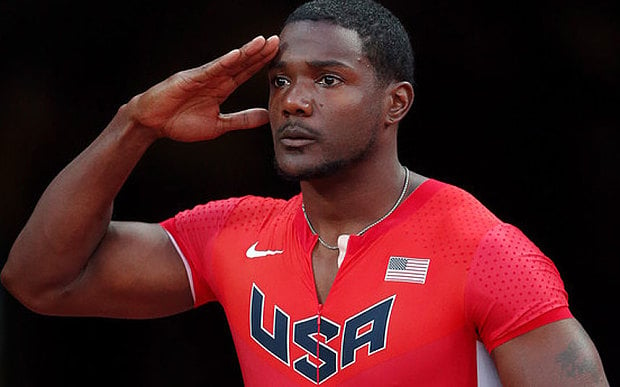 The athlete has already served two doping bans during his career. Gatlin endured persistently negative coverage during the recent World Athletics Championships in Beijing. BBC commentators, Michael Johnson and Steve Cram, have been extremely critical of the sprinter. Cram insisted that Bolt is popular because of his lack of arrogance and Gatlin has been unpopular because of his lack of contrition.

Cram, winner of the 1500m at the inaugural World Championships in 1983, went on to remark that Usain Bolt had “saved the sport” with his victory over Gatlin. Johnson also said recently that this is all Justin’s fault and added he was given the opportunity to come back into the sport and he has done nothing—zero—to endear himself back to the public and to get people to understand his situation.

The American sprinter claimed silver medals in the 100 and 200 meters behind Usain Bolt after he was labeled as the fastest man of 2015.

Many pundits had admitted fears that the reputation of athletics as a sport could be damaged by a Justin Gatlin victory. Incoming IAAF President Sebastian Coe also described the likelihood as making him feel "queasy".

In his released letters, Gatlin outlines how he felt "sincerely remorseful" over his doping past. Gatlin also outlined the steps he took to help ensure a clean sport. Gatlin wrote in one letter addressed to outgoing IAAF president Lamine Diack and his then senior vice-president Sergey Bubka that he is sincerely remorseful and it continues to be his mission to be a positive role model mentoring to athletes to avoid the dangers and public and personal humiliation of doping and the harm it brings to the sport of athletics. Gatlin added he had cooperated fully with the United States federal investigation to clean up our sport of track and field working toward it becoming drug free. The star athlete also said he wanted to rid athletics of drugs and all those who help supply them.

Gatlin's agent, Renaldo Nehemiah, remarked Justin in the last few years has focused on getting his weight right and getting his technique on where it needed to be, and starting to run more efficiently. Nehemiah, a former 110m hurdles world record holder, said he told Justin not to speak to the media about his past as he wanted him to focus purely on running.

The United States Track and Field Federation communicated to the IAAF in a letter written to support Gatlin's bid to return to track and field following his four-year suspension spanning 2006 to 2010 that Gatlin had gone into colleges to give talks on personal responsibility to students and warned them of the consequences of breaking anti-doping rules.

It is true that Gatlin’s first ban was because of medication he had been taking for 10 years to treat attention deficit disorder. At the same time, it is also a fact that Jeff Novitzky, an agent for the Food and Drug Administration investigating the use of steroids in professional sports, testified during the BALCO investigation that Gatlin was the only track and field athlete to provide undercover assistance willingly during the investigation that lasted for five years into the San Francisco laboratory’s use of steroids in sports.

Tags: steroids in sports, use of steroids