Kali Muscle is an American fitness youtube celebrity, bodybuilder, actor, and entrepreneur. A big part of his success is his scary physique. Standing at 5'9" and a whopping 240 pounds with sub 7% body fat. As a matter of fact, one of Kali's nicknames is "Mr. Muscle." Interestingly, it is unclear what his real name is, and it has been speculated he has kept it secret due to his past gang and prison affiliations. 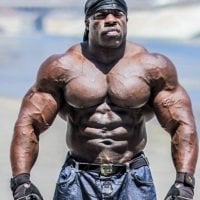 Kali was born in 1975 in one of the roughest cities in the USA - Oakland, which is among top 5 cities in terms of crime levels. His stepfather is said to have mistreated him very badly, and in school guns and drugs were everywhere. Therefore, as a teenager, he tried to avoid trouble by going to the gym. In fact, he would work at a 24-hour fitness gym to get a free membership there. What's more, in school he excelled in football, track and field, and wrestling. It seems he tried hard to avoid the negative atmosphere around him. 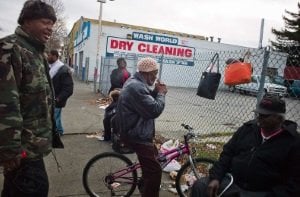 Kali ended up going to Fresno State to play football, but while he was in college, his older brother was shot and killed. As a result, Kali ended up falling into the wrong crowd, perhaps hooking up with gangs; as a result, he was arrested for robbery. All of this led him to serve 11 years in prison. 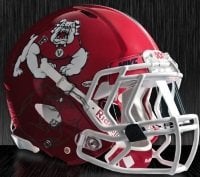 While in prison, he developed workout programs that would allow him to grow muscle without having to use weights, which were taken away by correctional officers. In fact, you can watch several of them by watching:

This type of workout videos helped grow Kali's youtube channel because they made people feel hope when going through a tough time in their life. In his workout videos, he uses bags, bottles, and workout partners to show that you do not need fancy weight training equipment to get in great shape.

Instead of turning to crime like many felons end up doing, Kali decided to take advantage of his amazing genetics, so he got into acting and bodybuilding. For instance, he landed a role in a music video and won, with ease, Mr. California in 2012. Furthermore, Kali also started doing motivational speaking to help young people avoid prison, and handed out his book 'Xcon to Icon.'

Unlike many other fitness celebrities, Kali does not follow a complicated diet. Indeed, due to his tremendous genetics and hours of exercise per day, he can eat high, but clean, calories while maintaining a full and lean look.

He doesn't eat junk food very often. Instead, Kali relies on lots of water, veggies, fruit, and lean meats like chicken breast and fish. His favorite carbs are the staples in bodybuilding - sweet potato, beans, and rice.

He does not advocate the use of protein powders and tries to educate the younger crowd that their priority should be real food. However, Kali does admit that he uses pre workouts frequently.

He produced a video showing all the supplements that he uses, which include fish oil, testosterone boosters, amino acids, and other products. You can take a look at this video below:

Interestingly, Kali does have his own supplement line. His most popular product is a pre-workout called Hyphy Mud, which is sold at Tiger Fitness. 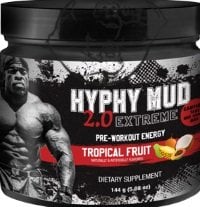 Denial of steroid use

Kali has always insisted that he is completely natural. He says that he is genetically gifted and born to do this. However, Kali has had a tremendous amount of backlash in the community for his steroid denials, you can watch below:

As funny as it may seem, Kali made a parody video about "cycling":

He uses the social media to post videos talking about gossip, his life, gaming, and everything fitness related (especially workout videos to motivate others).

Kali Muscle has recently got into disagreements with three youtube fitness gossip sites. The first and most serious involves the WFN scandal, which can be read about here.

Also, a youtube channel called JonnyBravo claims to have evidence linking Kali to the conspiracy, based on him receiving some kind of compensation for recommending their steroids:

Bravo is friends with Richard Rodriquez, who says that Kali took cash and steroids in exchange for free marketing, which is against the law.

In response to that, Kali has denied it and has fired back accusing Bravo and others of using his name to popularize their channels, suggesting youtube viewers to 'stop following retards':

However, Bravo made a followup video and accused Kali of threatening him:

Bravo is also friends with Jason Genova, who is known for his 'Order 66,' where his followers go to other channels to attack and troll their pages. Genova said he was hurt by the fact that Kali called him 'retarded' while making fun of him because he has always looked up to him as a role model.

Nonetheless, Kali fired back saying that in Texas it is legal to shoot someone you deem a threat while filming it on camera. In addition to that, Blaha made several videos trying to tie Kali to the WFN steroid scandal, and in these videos he called Kali a 'fake natty' in an attempt to hurt his credibility.

In our view, it is highly likely that Kali Muscle does use anabolic steroids. A speculative steroid stack would be:*

*DISCLAIMER: The cycle above is our opinion on what Kali Muscle could have used, this is for information and entertainment purposes only. There is no direct evidence that Kali Muscle used steroids.