The Gold Coast Titans have responded to the drugs incident involving co-captain Kevin Proctor. The club ordered Proctor to do 50 hours of drug and alcohol prevention-related community service besides imposing a fine of $20,000 and suspending him from playing for four matches. 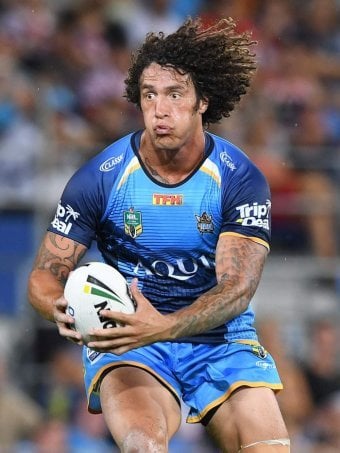 In a statement, chief executive officer Graham Annesley said the Board has taken a strong stance with Kevin despite his four-match suspension potentially damaging the club's prospects over the coming month as we seek to remain in finals contention. Annesley added Kevin has also let his teammates down and seriously disappointed our members and commercial partners.

The club noted in the statement that although the sanctions might be viewed as harsh, the over-riding view of the board was that there must be a very strong message sent that any form of illicit drug use is unacceptable and has to be driven out of the game. Annesley said he is pleased to say Kevin has shown tremendous remorse since we first spoke with him and added Kevin also accepted the penalty handed down with good grace and apologized to the Board for everything he has put the club through in recent days.

The 28-year-old Kevin had already announced that he would be stepping down from his leadership role and playing duties following the incident in Canberra in the hours after the Anzac Test between Australia and New Zealand. It was announced by the Titans that they would maintain his absence as co-captain until further notice.

The New Zealand Rugby League axed Proctor and Kiwis captain Jesse Bromwich — who was also involved in the incident — and announced they would not be considered for selection for the Rugby League World Cup later this year. Damian Keogh, Cronulla chairman and former Australian basketball star, stepped down from his role after he was charged with possessing a prohibited drug.

Sydney Roosters centre Shaun Kenny-Dowall is also facing drug possession charges and has been stood down by his club after he was arrested while a Sharks under-20s player, Jesse Savage, was arrested later.

Kenny-Dowall was allegedly caught with cocaine at a Sydney nightclub. The Sydney Roosters said in a statement that Kenny-Dowall would be stood down indefinitely, pending the conclusion of the club's internal investigation and consultation with the club's board of directors. The 29-year-old was caught with almost half a gram of cocaine at the Ivy nightclub on George Street in Sydney's CBD. A police spokeswoman said Dowall was issued with field court attendance notice for possessing prohibited drugs and he is expected to appear before the Downing Centre Local Court on June 21.

Last year, Kenny-Dowall was cleared of domestic violence charges after he was accused of head-butting, pushing, and putting Jessica Peris, his former partner, in a headlock. Kenny-Dowall was then charged with assault occasioning bodily harm, stalking and intimidation, six counts of common assault, using a carriage service to menace and harass, and malicious damage to Peris's mobile phone. A magistrate later found Jessica Peris, who is the daughter of former senator Nova Peris, as an unreliable witness.