Kylie Jayne Palmer, Australian distance freestyle swimmer, has received only a warning and reprimand from the world governing body of swimming. This decision by FINA finally ended a doping test saga that lasted more than two full years. 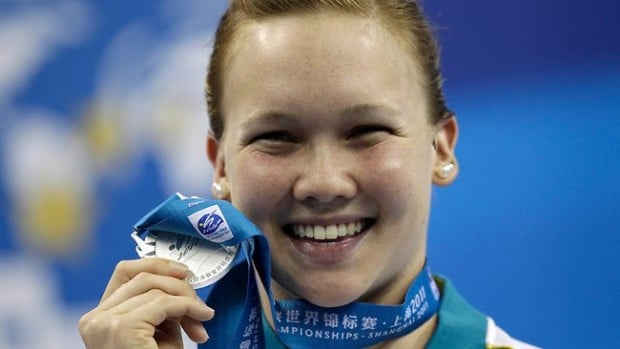 Palmer tested positive for low levels of a banned substance in an in-competition doping test at the 2013 FINA World Championships. However, she was not informed about the failed test until almost two full years. The Olympic gold medalist was forced to drop off the team for the 2015 FINA World Championships since she ran the risk of getting her results annulled if she was eventually suspended.

FINA merely reprimand and gave a warning to Palmer. The world governing body of swimming annulled all of Palmer's results from July 31, 2015, the day Palmer failed the test. This decision would not cost any medals for Australia as the swimmer's leg of the silver medal-winning 800 free relay happened the next day. She will however be officially stripped of her 7th-place finish in the individual 200 free final.

Stephen Meade, Palmer’s lawyer, remarked the decision was a “welcome result’’. Palmer would have been banned for a period of up to two years if the panel had taken a tough stance that would have ruled her out of next year’s Rio Olympics and may have brought an end to her career.

In a statement, Swimming Australia said it accepted the findings made by the FINA panel and noted that it remained concerned about the two year delay in informing the athlete of the positive test that occurred in 2013 and the issues that this created for Kylie Palmer throughout the process.

FINA did not pursued a case against the Australian swimmer as Palmer passed two tests and only showed trace amounts of Furosemide in a third, all within the same week. In October 2013, a request for documents was made from the World Anti-Doping Agency (WADA) to FINA for the doping violation case of Kylie Palmer and WADA managed to obtain the documents in February 2015. Thereafter, WADA decided to go to the Court of Arbitration of Sport and force FINA to pursue a punishment of the swimmer.

In the past, Palmer has always vehemently denied taking any performance enhancing drugs. In a press release, Swimming Australia said it was difficult for Kylie Palmer to defend herself legally due to the lengthy delay between her positive test and failed test's notification. To add to her woes, Palmer tested positive for Furosemide, a masking agent and not a performance enhancing drug. The masking agent was at a very low level and didn't appear on either of the other two tests that Palmer took at the same meet.

Palmer will remain eligible for the 2016 Rio Olympic Games.