The world governing body of track and field has expressed disappointment over Russia making "little progress" in its efforts to clean up the widespread doping culture in the country. 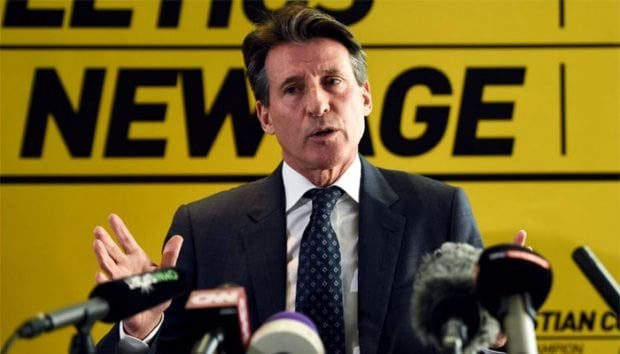 IAAF President Sebastian Coe said the taskforce was disappointed with the lack of progress that has been made since the last report in February. Coe told reporters after an IAAF Council meeting that particularly in key areas around testing, the ability to get hold of athletes' biological passport samples and ongoing issues around closed cities and the ongoing employment of coaches from a tainted system who are still plying their trade. Coe also commented that there is no reason why better progress has not been made and added the RusAF (the Russian Athletics Federation) should be under no illusion at all.  Coe hinted that there will be no quick return for Russian track and field athletes to international events.

The IAAF chief said coaches tainted in the doping system were still working and some athletes were training in "closed cities" without access for doping controllers. Coe added there were problems around the number of doping tests being carried out and biological passport records of athletes are being withheld from testers.

Recently, 12 individual athletes including world 110m hurdles champion Sergey Shubenkov and world high jump champion Maria Kuchina were allowed to compete as neutrals. Russia was barred from Rio Olympics last year and the country will not be able to send a team to this year's World Championships in London in August.

Coe also remarked that it has always been our intention to separate the athletes eligible to compete from the tainted system. The IAAF President also said the track and field governing body had scrapped plans to remove the 50 kilometers men's walk from the Olympic program.

In a report, the IAAF also criticized decision of Russia to make Yelena Isinbayeva the head of the country's scandalized anti-doping agency.

IAAF Russia task force chairman Rune Andersen, commenting on the pole vault great being named the chairwoman of RUSADA, said it is difficult to see how this helps to achieve the desired change in culture in Russia track and field, or how it helps to promote an open environment for Russian whistleblowers. Andersen claimed the appointment of Yelena Isinbayeva sent the wrong message. Task force member Geoff Gardener remarked the targets of six milestones for reinstatement of the Russian athletics federation have not yet been fulfilled.

In the past, Isinbayeva has repeatedly criticized the World Anti-Doping Agency and called for a leading whistleblower to be banned for life. She also framed doping investigations as an anti-Russian plot. Isinbayeva missed the Rio de Janeiro Olympics because of a ban on Russia's athletics team and announced her retirement from the sport.

Federation Council member and former athlete Tatyana Lebedeva, commenting on the statement of Rune Andersen, head of the International Association of Athletics Federations (IAAF) Taskforce on the reinstatement of the Russian membership, said Isinbayeva has became an "irritating factor" for the IAAF president because of her staunch position to defend Russian athletes and criticism of IAAF. Lebedeva added Yelena defended the athletes and criticized Coe when the athletes were not allowed to compete at the Olympics.