Disgraced cycling star Lance Armstrong has failed with all his attempts to halt a False Claims Act lawsuit. A federal judge has now cleared the way for the United States government to pursue a $100 million lawsuit against the former cyclist. 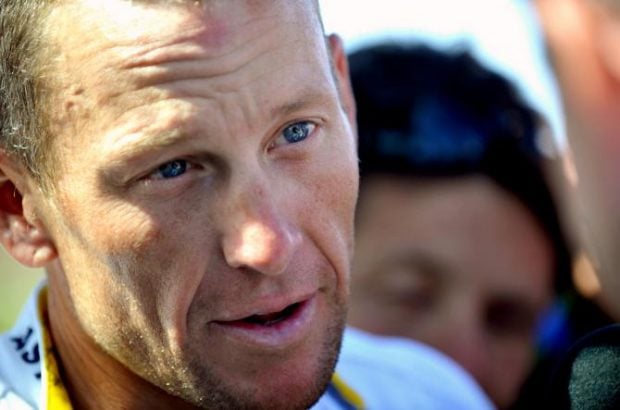 The US Justice Department (DOJ) had accused the former professional cyclist of defrauding the US government by cheating while riding under banner of the US Postal Service (USPS). USPS had paid more than $32 million in sponsorship fees to the now-defunct cycling team of Armstrong, Tailwind Sports Corporation.

Lance Armstrong was one of the most celebrated athletes worldwide before his cheating was uncovered in 2012. An anti-doping probe was initiated by the US Anti-Doping Agency that resulted in Armstrong getting stripped of his seven Tour de France titles (1999-2005) and loss of lucrative sponsorship and other contracts. Later, Lance Armstrong admitted to taking part in one of the most sophisticated doping schemes in sport. In an interview to Oprah Winfrey, Armstrong admitted to making use of banned drugs and techniques such as Testosterone, Cortisone, and blood transfusions.

The False Claims Act lawsuit was initially filed in 2010 by Floyd Landis, the former teammate of Armstrong, before the US federal government joined Landis in 2013. Under the lawsuit, the prosecution can sue to get that money back and for three times the amount. Landis, who was stripped of his stripped of his 2006 Tour de France title for doping, is likely to earn 25 percent of any damages paid.

Armstrong and his attorneys had made all possible attempts to block the lawsuit. They claimed that Armstrong did not owe anything to USPS as the agency had already made far more money from the sponsorship deal than it paid in.

However, U.S. District Judge Christopher Cooper in Washington remarked in his ruling that Lance Armstrong had made a "persuasive case". The Judge added that a decision on damages should be made by a jury. Cooper added giving Armstrong "credit" for the benefits he delivered while using performance enhancing drugs could be viewed as an unjust reward for having successfully concealed his doping for so long. The Judge also said doping of the cyclist had bestowed the government with an undeserved windfall and commented that the same could be said of Landis, whose role in this entire affair some would view as less than pure.

Elliot Peters, Armstrong's attorney, maintained that there is no actual evidence of any quantifiable financial harm to the Postal Service. Peters said the government may now proceed to a trial that, as a practical matter, it cannot win.

The personal story of Lance Armstrong in which it earlier emerged that he fought against testicular cancer that had spread to his brain was a motivation for hundreds of people worldwide. Armstrong went on to build his Lance Armstrong Foundation cancer charity into a $500 million global brand. The cancer foundation later removed Lance Armstrong from its board and renamed itself Livestrong but still is struggling in aftermath as donations and revenue plummeted.