The Racing Appeals and Disciplinary Board (RAD) has cleared leading horse trainer Peter Moody of deliberately administering illegal levels of the drug cobalt to stallion Lidari. The Board however found Moody guilty of the non-intentional administration of cobalt to a racehorse. 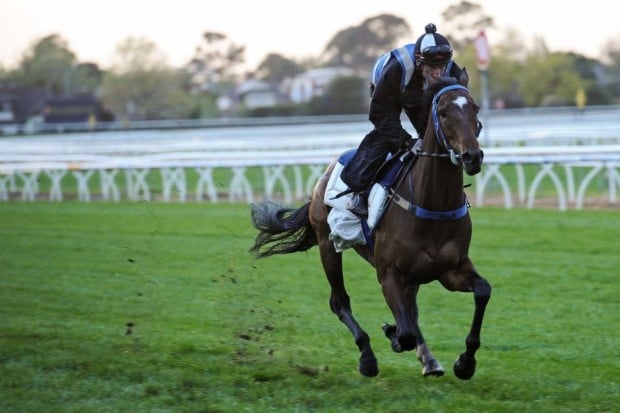 Lidari returned levels of 380 micrograms per liter of urine and 410mcg that is well above the legal threshold of 200mcg. Previously, Moody had told the hearing that the elevated cobalt levels were because of his staff members accidentally overfeeding it a hoof treatment that contained higher levels than stated by the manufacturer.

RAD chairman John Bowman remarked that it was not comfortably satisfied that the stallion Lidari was given cobalt for the purpose of performance enhancement. Bowman added Cobalt found its way into its system as a result of something that occurred in the stables. However, the Racing Appeals and Disciplinary Board said a lesser charge against Moody had been proven and pertains to the non-intentional administration of cobalt to a racehorse. It was also found by the board that a ruling on a third charge was not required.

Judge Bowman criticized the "slap dash" nature of some of the methods at the stables. Bowman said it is readily apparent from the evidence before us that there was significant carelessness, for which Moody was responsible in relation to the operation of his stables. Judge Bowman also commented that this is particularly so in relation to the administration of cobalt, as well as general feeding, supplementation and injection procedures and added Moody was ignorant as to the dosages horses were receiving. The Judge also remarked Moody left it to others to instruct his staff, his explanation being that he is not a 'people person' and also said any system of supervision was inadequate to say the least.

Judge also said Lidari was under the care and control of Moody regardless of the delegation of various tasks and responsibilities within the stable and the buck stops with him.

Moody, one of Australia's most-recognizable horse trainers, trained the undefeated Black Caviar, regarded as one of Australia's greatest ever race horses, to 25 race wins. Moody, who has won more than 40 group-one races throughout his career, commented after the ruling that he felt "vindicated" by decision of the board to clear him of knowingly administering illegal levels of the drug. Moody, who was the fifth trainer to be charged since a threshold for cobalt was introduced in 2014, remarked the verdict is disappointing but the pleasant aspect of it was that we were found not to have purposefully administered cobalt to enhance or change the horse's performance. The trainer added we have never cheated and never had to cheat as we have been a highly successful racing stable.

Earlier this year, high-profile trainers Danny O'Brien and Mark Kavanagh both received disqualifications after they were found guilty of a similar charge. Both trainers are appealing the decision at the Victorian Civil and Administrative Tribunal. Father and son team Shannon Hope and Lee Hope were also found guilty of illegally administering cobalt.