A Nevada district judge has thrown out the lifetime ban imposed by the Nevada State Athletic Commission (NSAC) in early 2014 on Wanderlei Silva. 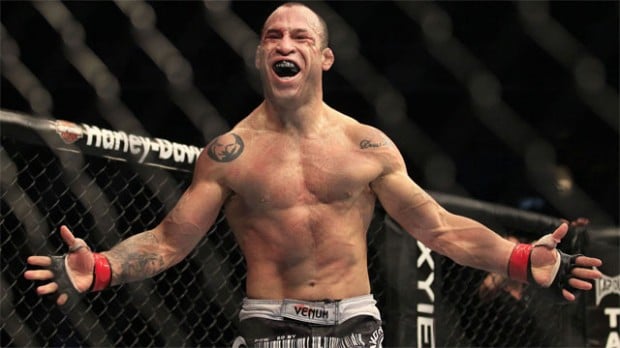 The NSAC issued an indefinite suspension that is the equivalent of a lifetime ban to the Brazilian former mixed martial artist and fined him $70,000. During a June 17 hearing, the sample collector and executive director of NSAC testified that Silva did not answer the door at his Las Vegas gym and later evaded at his nearby gym. The collector said the MMA fighter asked to have a word with his manager but was ready for the test and later went out a side door in the gym. In early 2014, Silva was prescribed anti-inflammatory medication by UFC doctors after his fight with Chael Sonnen.

Initially, Goodman remarked Silva started taking diuretics to minimize water retention. Goodman added his client began taking diuretics regretfully at that time for the sole purpose of minimizing the inflammation and to decrease the water retention. The attorney added Silva now realizes that he should have submitted the drug test and added his client was surprised and this was the first time in his career where something like this out of competition showed up at his gym.

Silva (35-12-1 MMA, 5-7 UFC), the former PRIDE champion, later admitted that he was using diuretics to heal quickly from a wrist injury. Before the NSAC's decision was revealed, Silva announced his retirement from MMA. Silva’s lawyer, Ross Goodman, said NSAC did not have jurisdiction over his client as Wanderlei Silva was not actually licensed at the time.

In January, Silva appealed against the lifetime ban and Goodman stated in the Motion to Dismiss that the NSAC has never been vested with the authority to direct or order non-licensed persons to submit to a chemical test and consequently the NSAC lacks jurisdiction to seek disciplinary action against Mr. Silva, and any attempt to do so, clearly exceeds the NSAC’s limited statutory jurisdiction.

However, NSAC claimed that Silva was scheduled to fight Chael Sonnen at UFC 175 on July 5, 2014 and therefore the NSAC had jurisdiction over him. The district judge remarked NSAC did had jurisdiction over Silva and he will now be required to face the NSAC again where his punishment for skipping out on the May 2014 drug test will be decided.

Under World Anti-Doping Agency Rules, diuretics are banned as they aid shedding of water weight and act as masking agents for performance enhancing drugs.

After the judge's decision was announced, the former PRIDE champion said when you stand up in favor of a working class and all that you want is for workers to be treated better. Silva added you want their rights to be given to them, and not only their duties and also said that every regulatory entity has laws which the entity itself must follow.