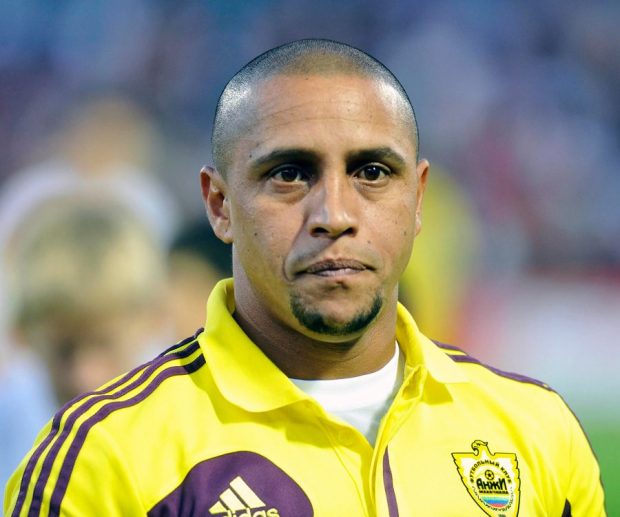 German broadcaster ARD recently alleged that anabolic steroids and Erythropoietin (also known as EPO), the banned endurance-boosting drug, were picked up from a doctor Julio Cesar Alves. It is claimed by the German television that Carlos visited the doctor before the 2002 World Cup.

The ARD documentary showed the doctor claiming to have treated Roberto Carlos for a period of 15 years and telling his patients how to avoid testing positive. In the documentary, Julio Cesar Alves is recorded telling that he treated Carlos from the age of 15, especially in making his thighs stronger.

The investigation, which is being led by acclaimed Brazilian journalist Hajo Seppelt, also revealed that former international athlete Eliane Pereira admitted she was given banned substances by the doctor at the age of 17.

Carlos, who won football’s biggest prize in 2002 as well as the Champions League in 1998, 2000, and 2002, denied the allegations and commented that he would start legal proceedings against ARD. Carlos said he repudiates vehemently the irresponsible accusations made by the German network ARD and affirms that he had never used any artifice to allow himself to have any advantage over his colleagues in the playing field.

Carlos also commented that the story quotes the name of a doctor who he had never known in his life and added his lawyers have already been called to start legal proceedings. The Brazilian footballer also said we will ask them to prove these accusations, in front of a judge and the public. The former defender said the story states in an extremely vague way that he was seen in his office in July 2002, when he made a return to the country after the World Cup with the Brazilian National Team.

Carlos added that he went to Brasilia to participate in the awards ceremonies and, soon after, he returned to Madrid, in Spain, without any passage through Piracicaba. Carlos added the report in addition does not reproduce any evidence of his alleged involvement in the case. The former star footballer said he had never tested positive for any substances that would change his performance in more than 20 years of his career. The former left-back also added he passed many drug tests at the nine clubs he played for over a 20-year period.

Described by many as the most offensive-minded left-back in the history of the game, Roberto Carlos is best known for his powerful bending free kicks, technical skills, crossing ability, stamina, and running speed. Carlos was chosen on the FIFA World Cup Dream Team and was named by Pele in the FIFA 100 list of the world's greatest living players in 2004.  He was named in the FIFA World Cup All-Star Team in 1998 and 2002. The defender now holds an official ambassadorial role at Real Madrid. Carlos has won La Liga four times and the Champions League on three occasions with the Spanish club. The 44-year-old made over 500 appearances for Los Blancos between 1996 and 2007.