European 800m silver medalist Irina Maracheva has been banned for a period of two years. Maracheva, who competes in middle-distance running events, was suspended by the Russian Olympic Committee (ROC) for doping. 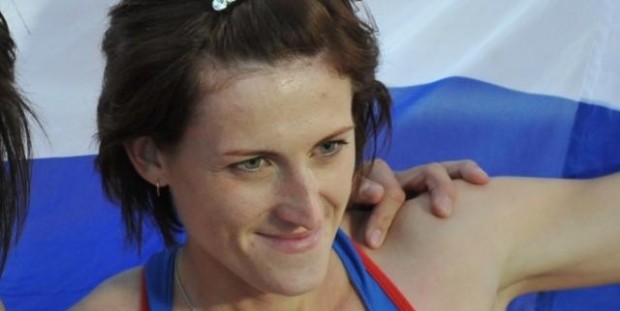 The 31-year-old Maracheva finished third behind Britain's Lynsey Sharp at the 2012 European Championships in Helsinki. She was upgraded to silver when Yelena Arzhakova of Russia was stripped of her gold medal for doping. Sharp of Scotland was awarded after Yelena Arzhakova was banned in 2013 when tests revealed an abnormal hemoglobin profile in her biological passport.

Maracheva, who came second in the 800m at the 2012 European Championships, was suspended alongside 24-year-old race-walker Anna Lukyanova and runners Yelena Nikulina and Maria Nikolaeva. The ROC said the Russian Anti-Doping Agency had banned Nikulina and Nikolaeva for a period of four years. The decision to ban the athletes was taken by ROC's interim coordinating committee based on the documents received from the IAAF. However, the ROC didn't disclose the start dates of the bans, or which results would be cancelled, or the types of doping violation committed.

In a statement, the Russian Olympic Committee said the ROC has disqualified Irina Maracheva and Anna Lukyanova for two years for breaking anti-doping rules to implement our strict position about the fight against doping, taken into account the documents we have received from the International Association of Athletics Federations (IAAF).

In November, Russia was provisionally suspended by the International Association of Athletics Federations (IAAF) after allegations of state-sponsored doping in the country emerged. The powerhouse of athletics would be reinstated only if it fulfils strict criteria, including compliance with all World Anti-Doping Agency and IAAF anti-doping rules. On Monday, an IAAF inspection team is due to meet Dmitry Shlyakhtin, Russia's new athletics chief, in Moscow.

In another development, Adidas has informed the IAAF that it is to terminate its sponsorship deal four years early. The biggest sponsor of the world governing body of athletics is supposed to have made this decision after the Russian doping scandal that swept the sport. The move is expected to cost the IAAF and its commercial partner Dentsu tens of millions of dollars in revenue and comes as a major blow for embattled IAAF president Lord Sebastian Coe. The 11-year sponsorship deal of IAAF with Adidas was set to run until 2019 and was reportedly worth $33m (£23m). However, many believe that the figure is much higher - as much, in terms of cash and product, as about $8m (£5.6m) per year that means the projected lost revenue for the IAAF and its agency Dentsu over the next four years alone will be more than $30m (£21m).

The partnership between the IAAF and Adidas, according to an official press release that accompanied the deal announcement in 2008, incorporated every aspect of athletics, from product creation, to grassroots development and retail distribution. Adidas is just one of the official partners of the IAAF, along with Canon, Toyota, Seiko, TDK, TBS, and Mondo. Adidas also expressed its displeasure at the corruption scandal that continues to engulf the world governing body of football.